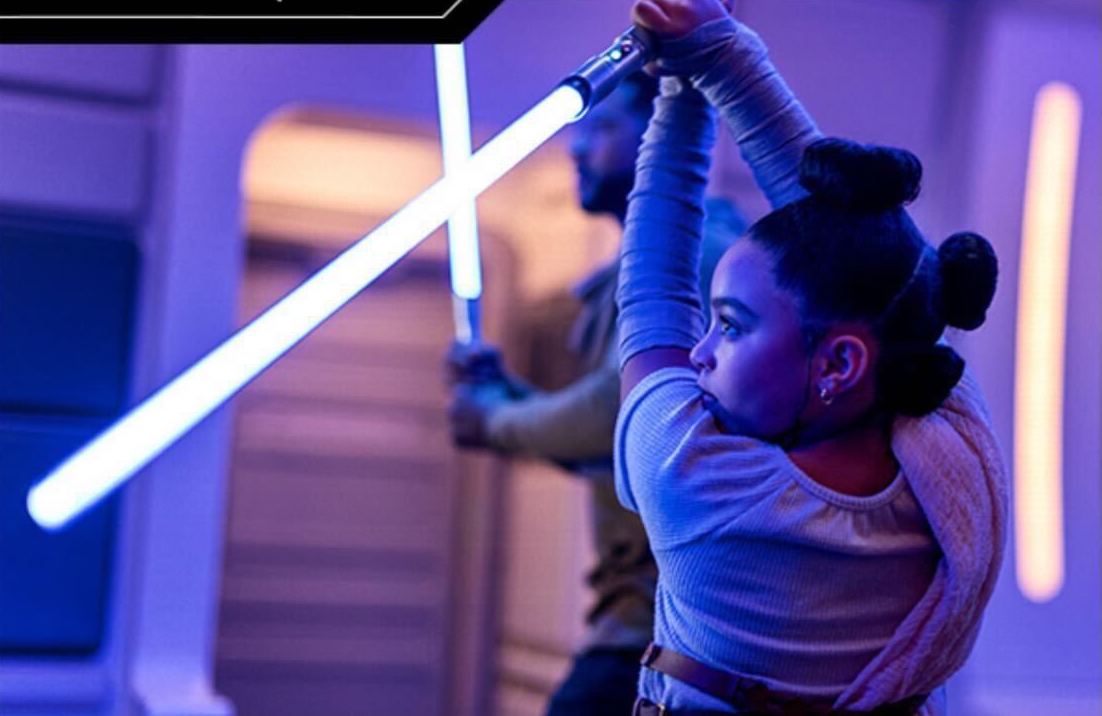 This photo shows some kids with an astromech droid, likely SK-620. You can see their Star Wars: Galactic Starcruiser MagicBands on their wrists.

Another photo shows a girl dressed as Rey in lightsaber training.

A third photo shows guests helping Chewbacca apparently smuggle something through the ship.

As more Star Wars: Galactic Starcruiser photos are released, are you more or less interested in the experience? Let us know in the comments.

Previous
New Concept Art and Photos Show Off the Load Area for Guardians of the Galaxy: Cosmic Rewind at EPCOT