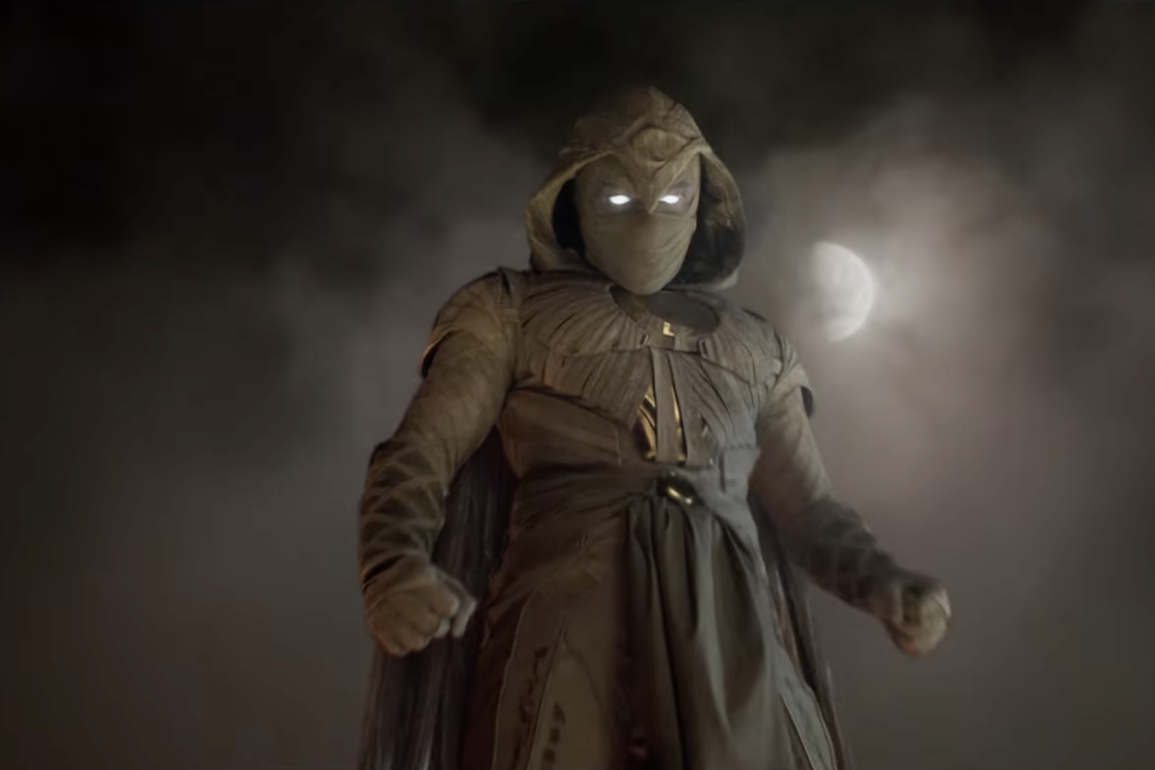 A new spot and teaser poster for the upcoming Marvel series “Moon Knight” on Disney+ has dropped during Super Bowl LVI.

This is the second trailer for the series, a longer 90 second version released last month along with the first teaser poster.

Along with the new spot, a poster was also revealed online for the Oscar Isaac-lead series.

Oscar Isaac stars as Marc Spector a.k.a. Seven Grant a.k.a. Moon Knight, who has multiple identities due to dissociative identity disorder (DID) and becomes a conduit for the Egyptian moon god Khonshu. Ethan Hawke portrays Arthur Harrow, a cult leader, and Gaspard Ulliel portrays Anton Mogart a.k.a. Midnight Man. May Calamawy has an undisclosed role in the series.