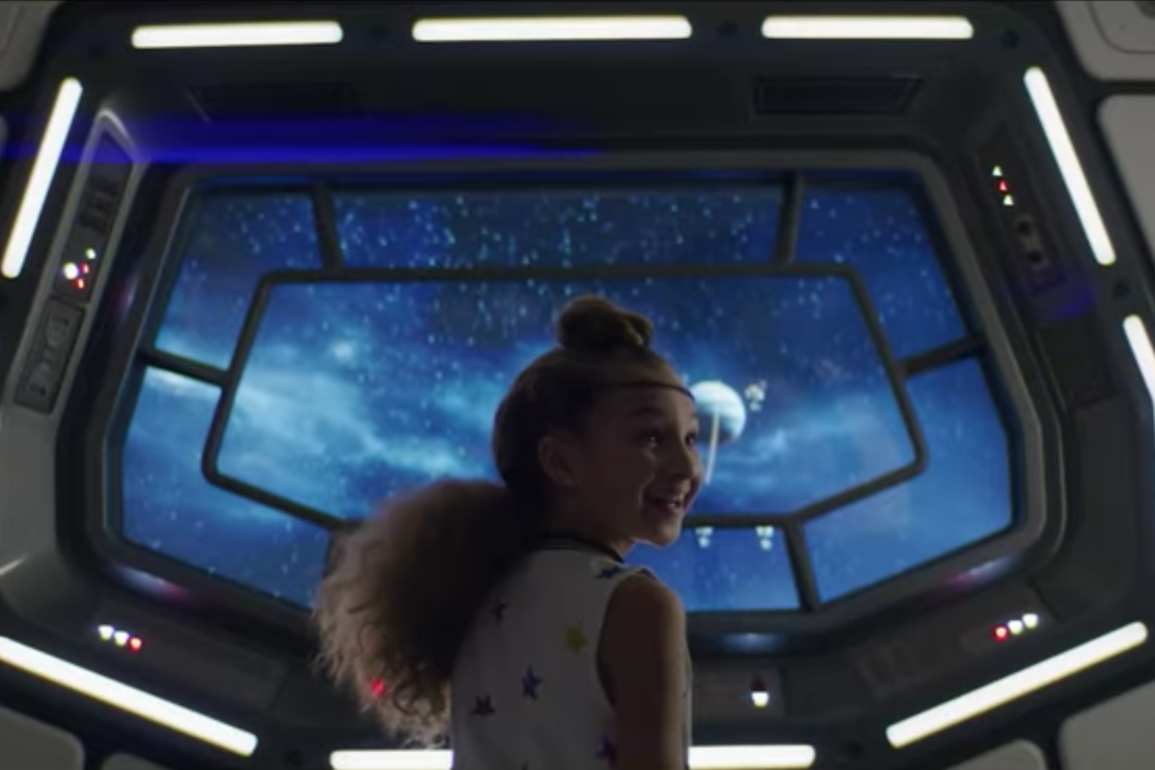 Disney previously announced that Make-A-Wish families would be among the first to board Star Wars: Galactic Starcruiser. In the video below, Disney surprises Luke and his family from White Springs, Florida with the news that they will get to experience the Halcyon. New footage of the hotel is also featured in the video.

“Surprising Luke was one of the most special moments I’ve been part of at Disney,” Walt Disney World Ambassador Raevon Redding said. “To see the pure shock and excitement spread across Luke’s face was like nothing else I’ve ever experienced. I can’t wait to see that joy grow as he boards that magnificent ship for the first time.”

Many recent glimpses of the Star Wars: Galactic Starcruiser experience show guests hanging out with Chewbacca.

Another new shot features one of the ship windows looking out into space.