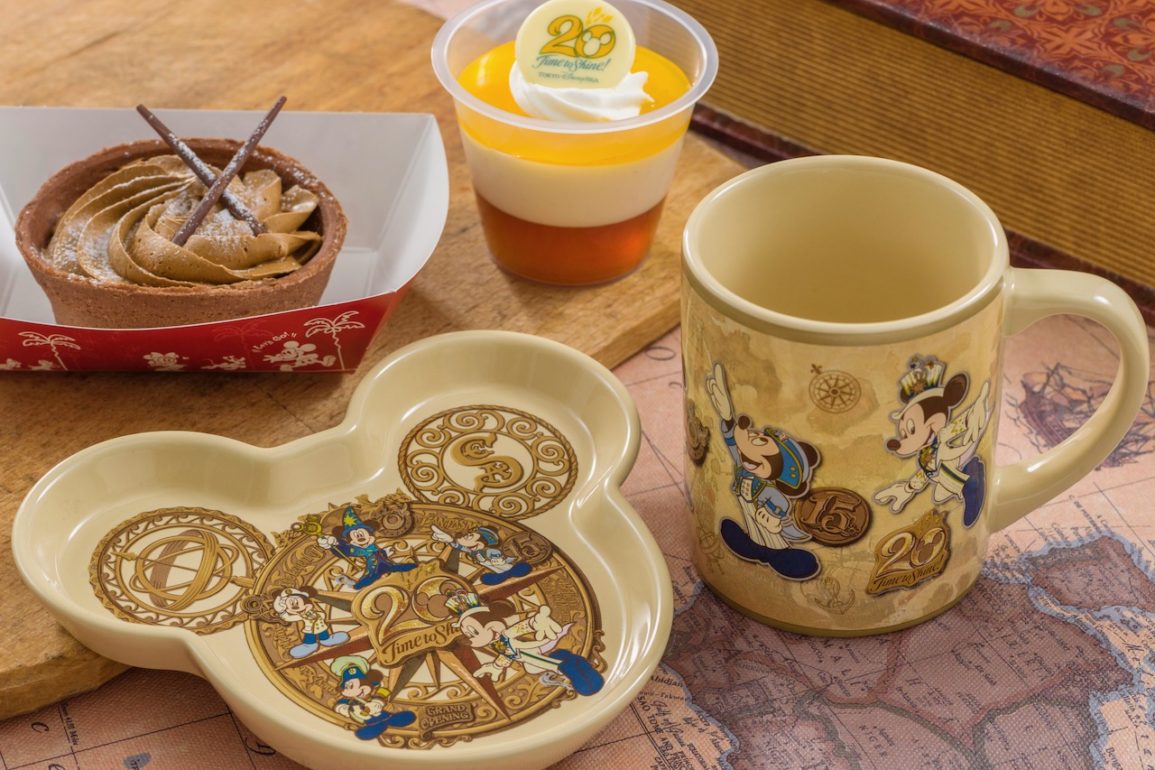 As we near the halfway point in Tokyo DisneySea’s 20th Anniversary “Time to Shine!” celebration, a slew of new food souvenirs is coming on March 31 featuring past anniversary costumes and even references to S.E.A., the Society of Explorers and Adventurers!

The lunch case will be available with the special set exclusively at New York Deli in American Waterfront and is covered on all four sides with art from past anniversaries and shows around the park. Visible is art from shows like “Porto Paradiso Water Carnival”, “The Legend of Mythica”, “DisneySea Symphony”, “Fantasmic!”, and “BraviSEAmo!” along with art and Mickey’s costumes for the grand opening and all four anniversary celebrations.

The water bottle features the same art style and will be sold with purchase of a drink at Sebastian’s Calypso Kitchen in Mermaid Lagoon.

The placemat goes a bit of a different route, showing off past anniversaries through merchandise, concept art, and key art. This will be available at Horizon Bay Restaurant along with purchase of a meal.

The art on the cup focuses on Mickey’s anniversaray costumes through the years above a decorative map designed during Tokyo DisneySea’s conception and construction in the late 1990s.

The plate features a Mickey shape with all five of Mickey’s anniversary costumes running clockwise from the lower left. The right ear features the S.E.A. logo.

Guests will find these both at Horizon Bay Restaurant.

The souvenir candy case follows the same design philosophy, with the S.E.A. logo in the right ear, the anniversary logos running around the sides, and the stylized art of Mickey’s anniversary costumes in the center acting as a compass.

Guests can find this candy case with gummies at Mamma Biscotti’s Bakery, and with chocolates at New York Deli.

All of these items release March 31 and will be available through September 3 or while supplies last. Are you excited to get these new anniversary items? Let us know in the comments below!