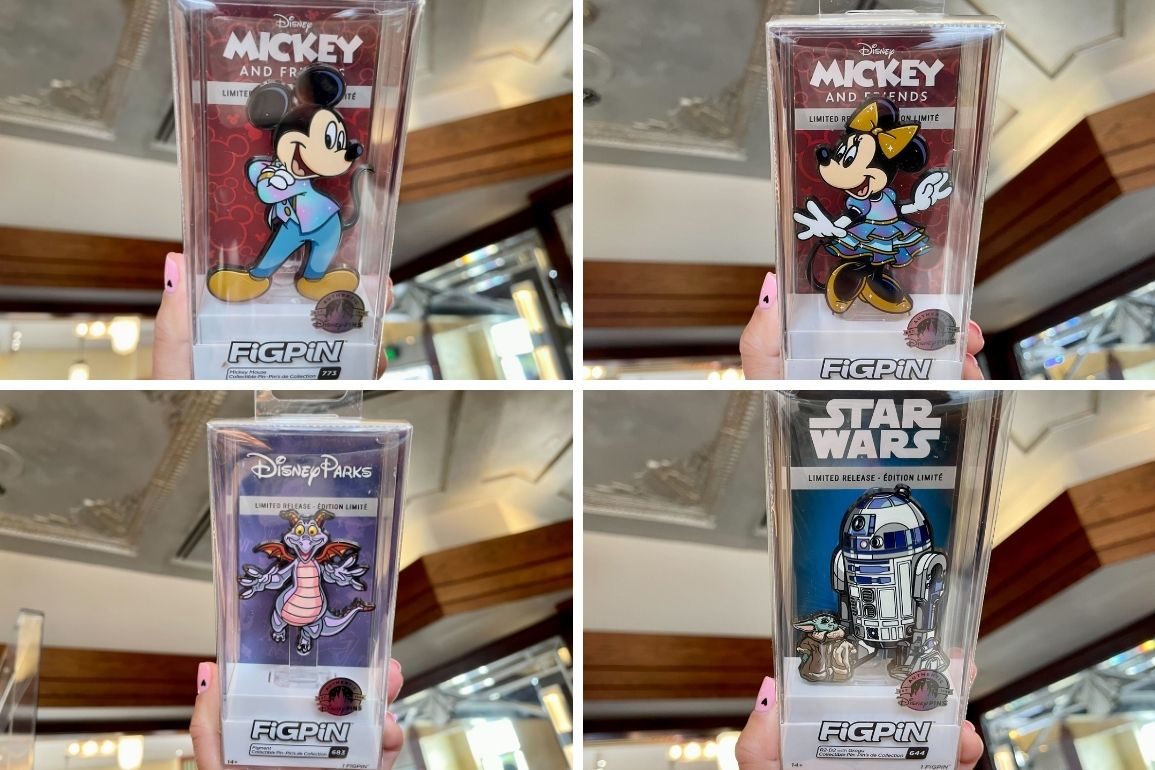 While shopping at Disney’s Hollywood Studios today, we spotted the new Disney Parks exclusive FiGPiNs, plus a few other designs! We found them all in the Darkroom.

The Mike Wazowski FiGPiN recalls the monster’s college days with a Monsters University hat and an arm full of books.

The little chipmunk shows off his shiny EARidescent vest with golden accents.

If you like a little more color, this Mickey FigPiN is for you!

Mickey Mouse dons his EARidescent suit in celebration of the 50th anniversary of Walt Disney World.

Minnie also wears her EARidescent best in this pin, with a golden bow and shoes.

Her ruffled dress features various shades of blue and purple.

Tinker Bell shines in this sparkling pin from FiGPiN.

The fairy has her wand ready to spread some pixie dust.

The Belle FiGPiN commemorates her dance with the Beast in her iconic ball gown.

The yellow gown sparkles, and Belle holds a single rose.

The R2-D2 pin shows Grogu (or Baby Yoda, as some fans affectionately call him) looking up at the robot.

This Figment FiGPiN shows the happy purple dragon mid-flight. As the unofficial mascot of EPCOT, Figment is available as a Parks Exclusive FiGPiN (A Fig-Pin FiGPiN, if you will).

Last, but certainly not least, we saw the Orange Bird FiGPiN!

Finally, at Pin Traders in EPCOT, we found 50th Anniversary Chip and Maleficent (below).

These pins are also available at Disneyland Resort.

What do you think of the Parks Exclusive FiGPiNs? Let us know in the comments.