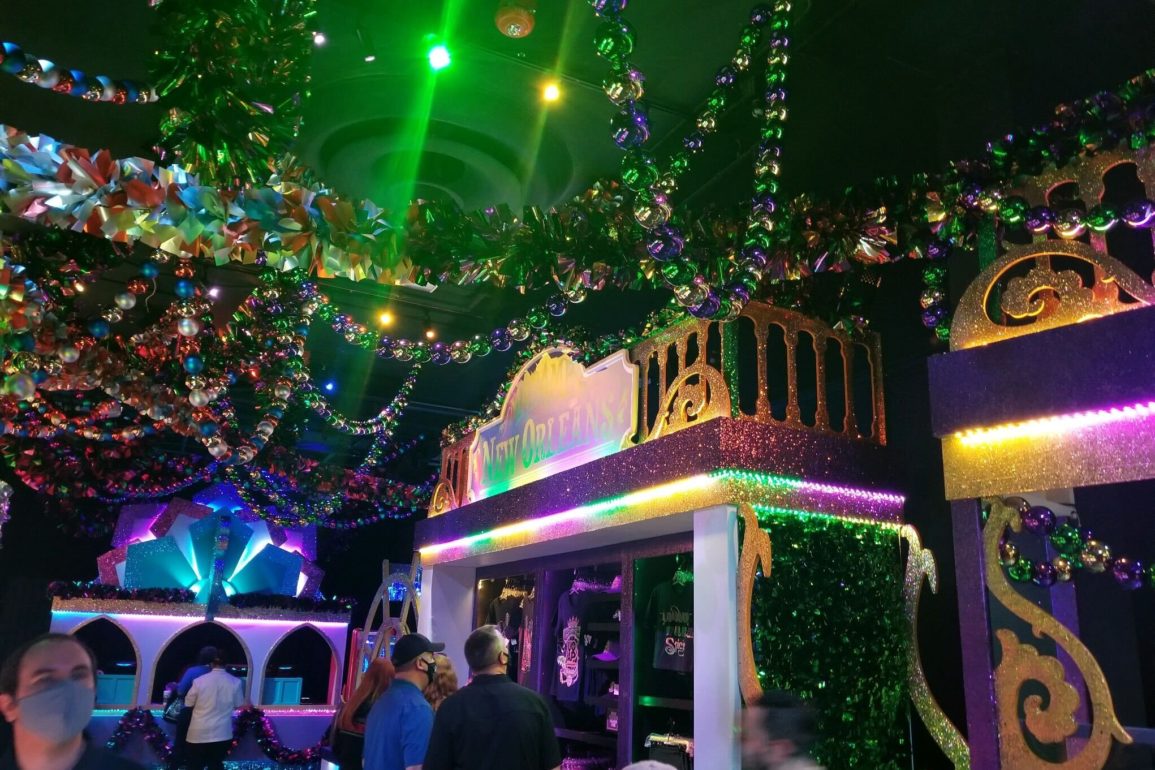 We got a sneak peek into the new “Float Factory” Mardi Gras Tribute Store at Universal Studios Florida this morning before it officially opens this weekend.

We got our first look at the “Float Factory” façade a week ago.

Immediately inside is a desk and corkboard with Mardi Gras blueprints, concept art, and other plans.

As suggested by the façade, the entire Tribute Store is factory-themed.

Of course, there’s plenty of Mardi Gras merchandise inside.

There are more drawing desks covered in drafts. The theme for the parade this year is “Planet Mardi Gras,” so much of the art features alien and astronaut aesthetics.

The HHN Bear has arrived to join the party! A photo op with a throne is here, covered with beads and festive tinsel.

A mock-up of the King Gator float head can be seen.

The sign from last year’s Halloween Horror Nights Tribute Store is tucked away.

The hallway photos are “A Look Back in Time at Universal Studios Mardi Gras.”

The next room is the full realization of Mardi Gras celebrations, with sparkly merchandise and snack carts and beads hanging from the ceiling.

We’ll be back to try some of these tempting treats. Stay tuned for our reviews!

There’s even a full astronaut alligator float against one wall.

And there are a few more bits of concept art for Mardi Gras floats.

Before exiting, a display of instruments is beneath a tree.