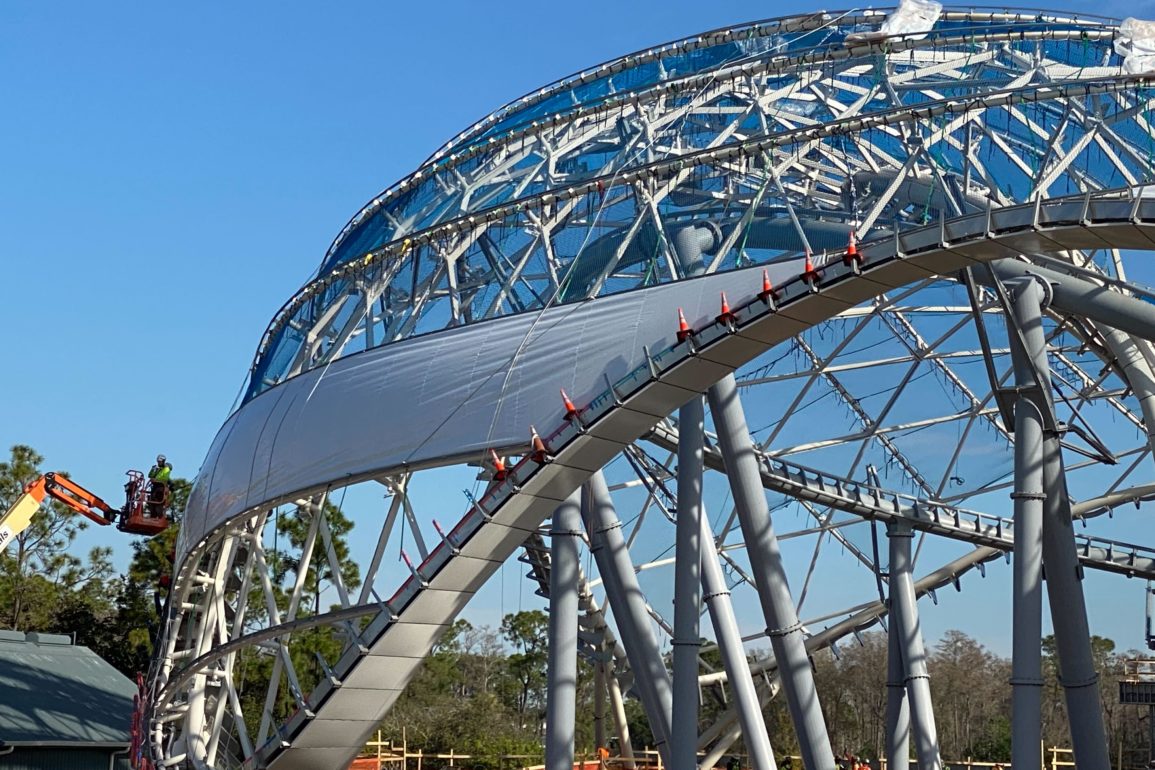 The exterior portion of TRON Lightcycle / Run at Magic Kingdom is being covered with its new canopy, marking some major progress for the delayed attraction.

Crew members were in a cherry-picker to work on the canopy.

We noticed the crew attached orange cones to the edge of the canopy framework.

The first sign of progress was the smaller strips hanging over the top of the framework.

The cones are on the vertebrae pieces that line the framework. More white paneling is on the edges as well.

The side closest to the PeopleMover track is completely covered in white canopy.

Grey scrim still hangs in front of the entrance to the show building.

The crew also finally removed the scaffolding from beneath the show building entrance.

On the ground, a new free-standing wall has appeared.

The wall is not far from the walkway leading under the coaster.

Crew members were working near the wall but not directly on it.

Crates sit on the walkway.

Meanwhile, the structure on the other side of the site will likely be for lockers.

Paneling encloses most of it now, with the exception of one open side.

Are you excited to see the finished canopy at TRON Lightcycle / Run? Let us know in the comments!

Next
REVIEW: Mickey and Minnie Waffle & Cookie Bouquet is a Cute Idea with Terrible Execution at Disney’s All-Star Music Resort