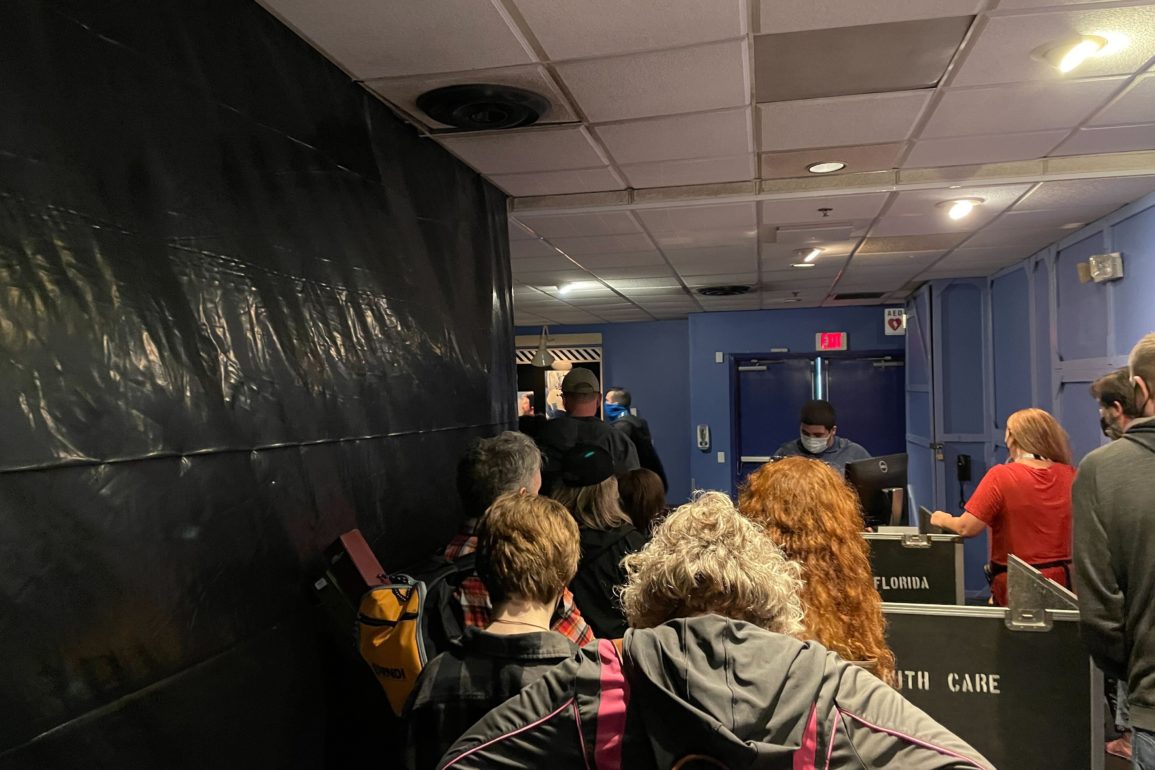 PHOTOS: Most of E.T. Adventure Pre-Show Room Blocked by Tarps for Refurbishment at Universal Studios Florida

Most of the E.T. Adventure pre-show room is now blocked off by tarps as the ceiling is refurbished. Thankfully, the ride remains open.

E.T. Adventure is in the Woody Woodpecker’s KidZone at Universal Studios Florida.

Usually, guests would be let through all three of these doors into the pre-show room, separated into three groups by barriers. For now, guests are only being let through the door on the far right, while the other two sections are chained off.

Inside, the two-thirds of the pre-show room on the left are blocked from view by black tarps.

After exiting the pre-show room, much of the next room is also blocked by tarps.

This is where guests give their name and pick up their passes for the ride.

The tarp is hanging directly in front of the other two pass stations, but they are not blocked so they can be used.

Team Members told us this is so the ceiling can get a much needed refurbishment.