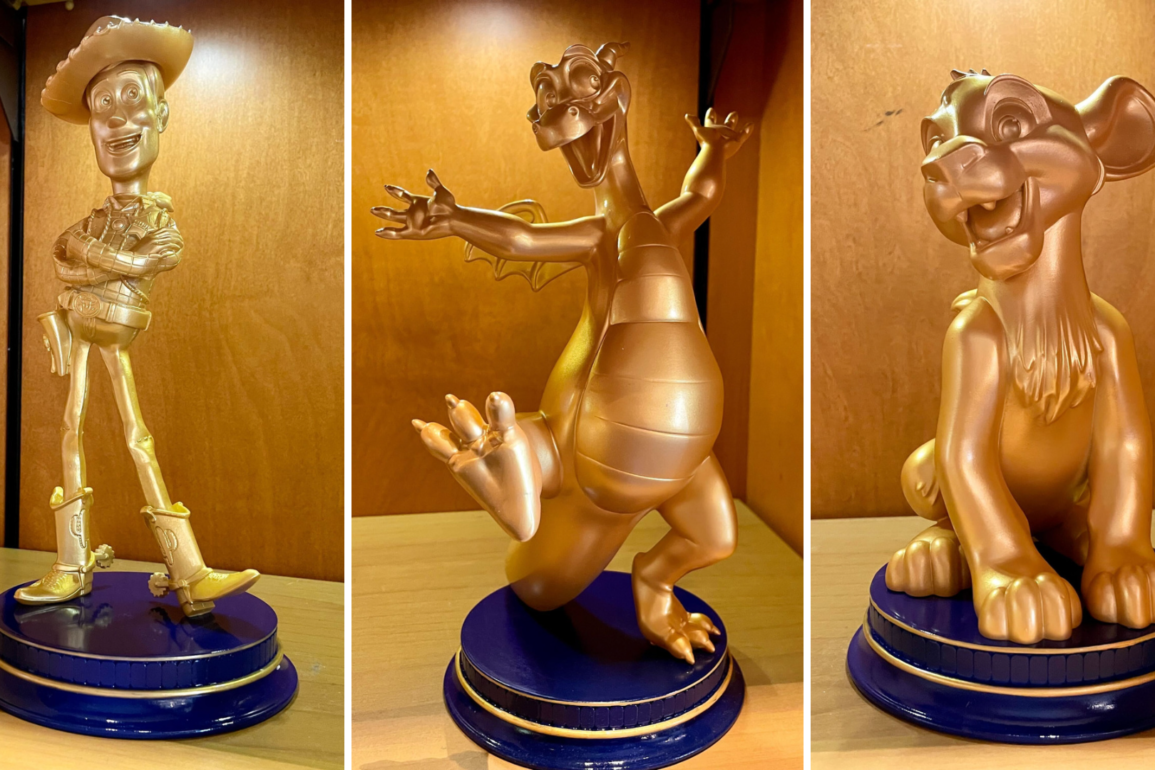 Figment, Woody, and Simba have joined the Tinker Bell figure available for purchase at Walt Disney World, completing the set.

These figures are inspired by the full-sized Fab 50 statues, in honor of the 50th anniversary of Walt Disney World. There’s one figure for each park: Tinker Bell from Magic Kingdom, Figment from EPCOT, Woody from Disney’s Hollywood Studios, and Simba from Disney’s Animal Kingdom.

Each golden character comes on a dark blue base.

Figment represents EPCOT, where he stars in Journey Into Imagination With Figment.

Woody’s statue at Disney’s Hollywood Studios can be seen here.

And finally, Simba represents Disney’s Animal Kingdom. You can spot him in the “Celebration of the Festival of the Lion King” show.

We found them in Bonjour! Village Gifts at Magic Kingdom. Which one is your favorite? Let us know in the comments.

Previous
PHOTOS: Repainting of Final Pillar Underway at Guardians of the Galaxy: Cosmic Rewind in EPCOT