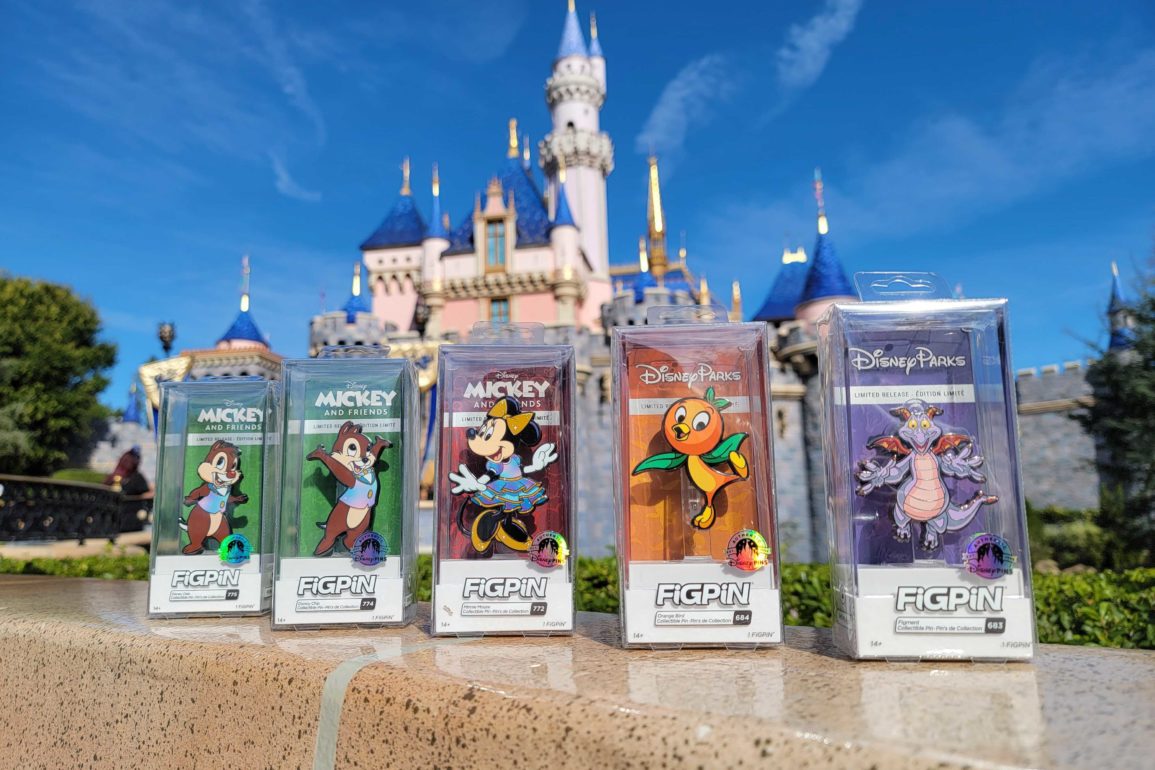 A new series of limited release collectible character pins by FiGPiN is now available at Disneyland Resort. Though some of them are for the 50th anniversary of Walt Disney World, they have not yet arrived in Florida.

We found these at 20th Century Music Co. in Disneyland. They are slightly larger than standard Disney pins and each comes in its own plastic packaging.

Each pin includes a clear stand on a white base. Here’s what Orange Bird looks like outside of his box.

Though Mickey was announced, we only found Minnie, Chip, and Dale today.

Which pins will you be adding to your collection? Let us know in the comments.

Next
Instagram Influencer Sat On Guest’s Feet To Get Cavalcade View, Then Boasted That She Had 20,000 Followers