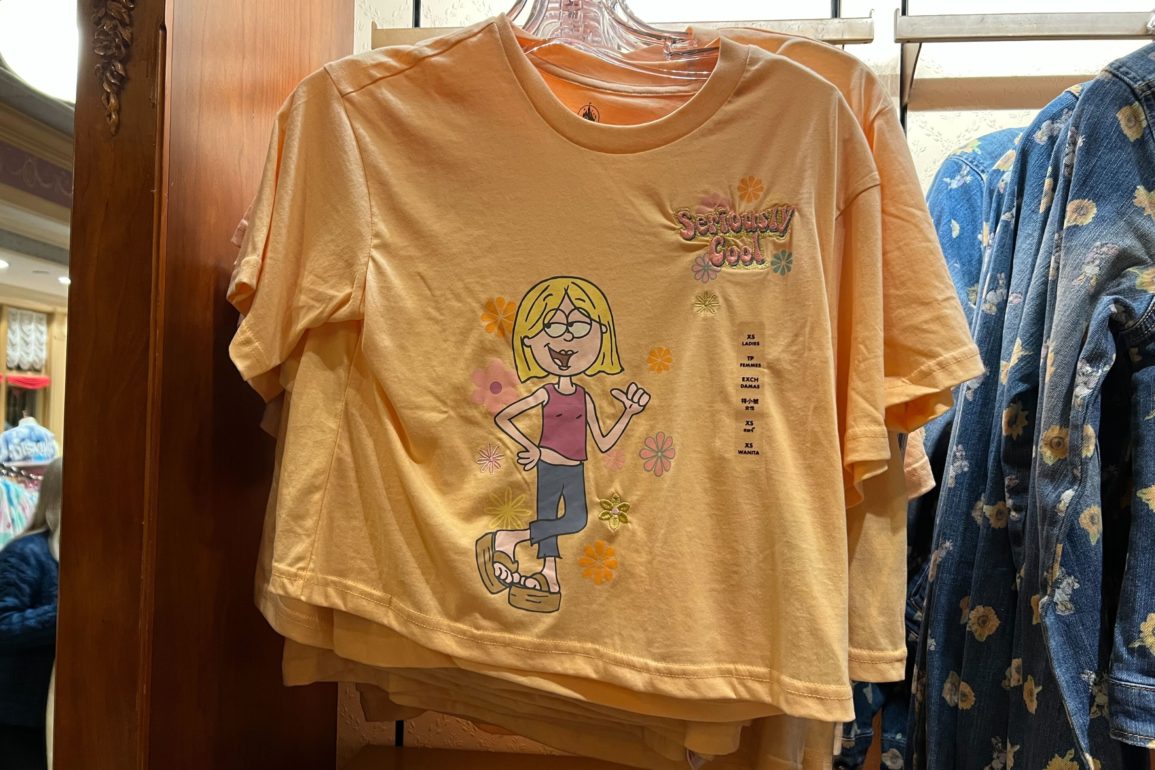 For Disney fans of a certain age, nothing gets the early-2000’s nostalgia flowing like “Lizzie McGuire.” And if you grew up with the show, you can show off your pride with a new ladies’ t-shirt now available at the Disneyland Resort!

The goldenrod yellow t-shirt features the animated version of Lizzie, which appeared on the show to break the fourth wall and share the character’s innermost thoughts.

She stands behind a number of colorful flowers. Some are screen-printed onto the shirt, while a couple of the smaller ones are embroidered.

Opposite of Lizzie, the phrase “Seriously Cool” appears in a retro-style font in front of more flowers. It may be a small consolation prize after fans were ultimately denied a reboot of the show on Disney+, but it does show that Lizzie hasn’t been forgotten after all these years.

The shirt retails for $36.99. We found it at Disney Showcase in Disneyland. Will you be picking this one up? Let us know in the comments below!

Next
Disney Getting Deeper into Crypto Business, Hiring Development Manager for NFT Market