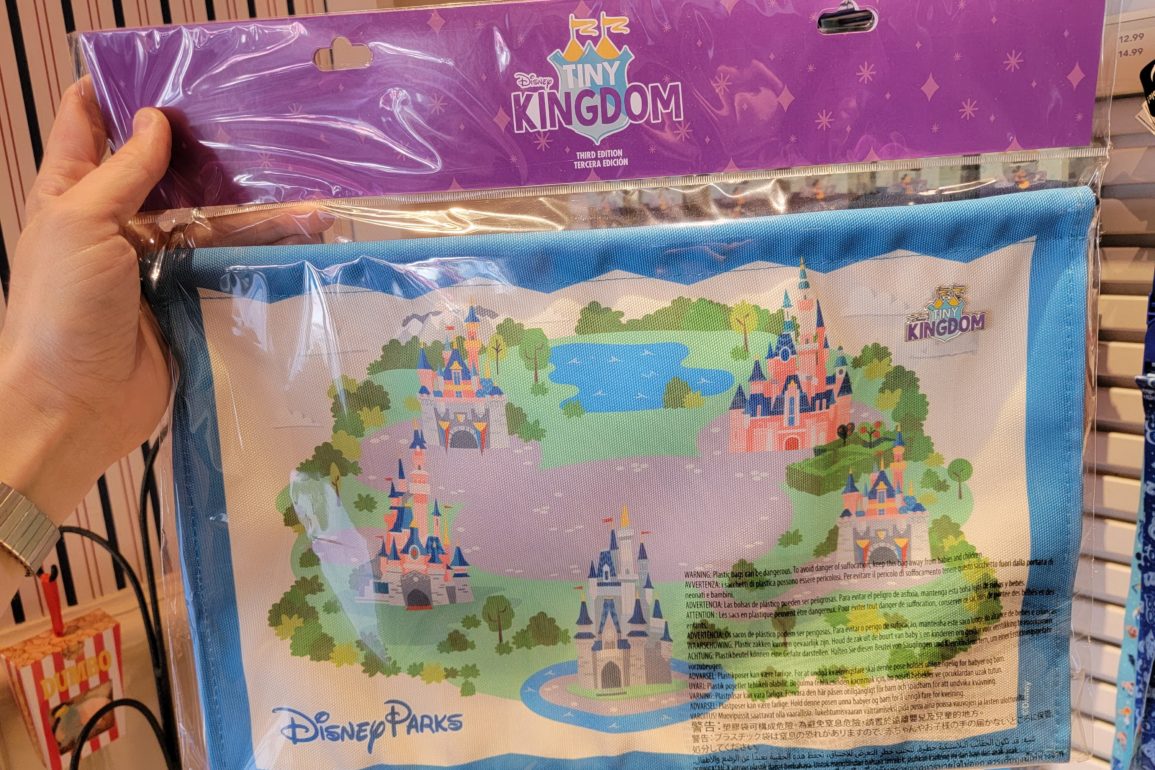 The castles surround a Mickey-shaped courtyard. Cinderella Castle — which is at both Magic Kingdom (with new paint) and Tokyo Disneyland (in the original grey) — is at the bottom center. Le Château de la Belle au Bois Dormant (Sleeping Beauty Castle) from Disneyland Paris is on the left. There are two similar Sleeping Beauty Castles, presumably to represent the original at Disneyland and the old version of the Hong Kong Disneyland castle. The fifth castle in the upper right seems to be the Enchanted Storybook Castle at Shanghai Disneyland.

There’s a pocket on the back of the map for holding spare pins and pin backs.

We found this pin map at 20th Century Music Company, where a Cast Member was using it for pin trading, too.

Next
UPDATE: Evacuation of Space Mountain at Walt Disney World Caused by Smoking Break Room Refrigerator According to Firefighters