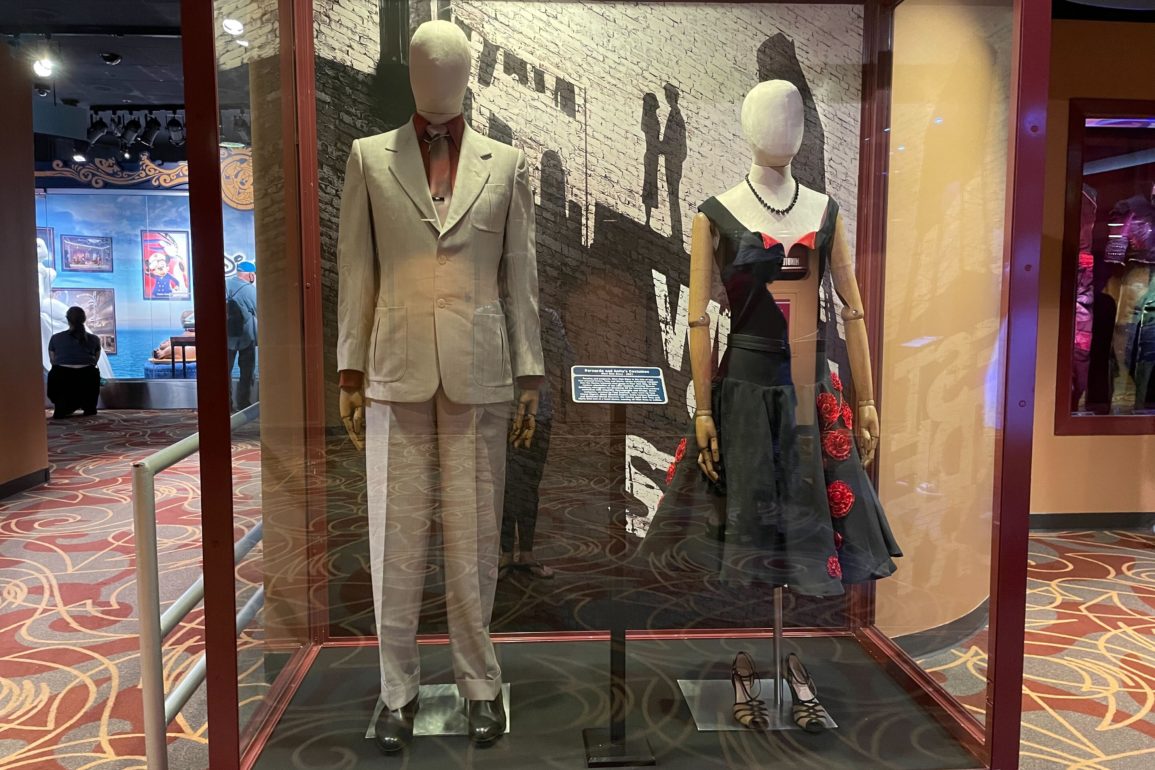 Two months after its release in theaters, costumes from main characters in “West Side Story” have been added to the Walt Disney Presents gallery at Disney’s Hollywood Studios.

The 20th Century Studios film follows the story of two lovers who are members of rival New York gangs, a somewhat modern retelling of Shakespeare’s “Romeo and Juliet.”

Screen-worn costumes for David Alvarez and Ariana DeBose as Bernardo and Anita respectively are on display. Bernardo’s costume is a mostly-gray suit with a burnt orange undershirt. Anita has a black dress with rose accents.

The screen costumes worn by both Ansel Elgort and Rachel Zegler as Tony and Maria respectively are also on display in glass cases for guests to view.

Tony’s costume is a blue suit with khaki pants, while Maria’s iconic white dress is displayed.

Steven Spielberg’s remake of “West Side Story” is in theaters now and lands on both Disney+ and HBO Max on March 2. Are you excited to see these costumes at Walt Disney Presents? Let us know in the comments below!