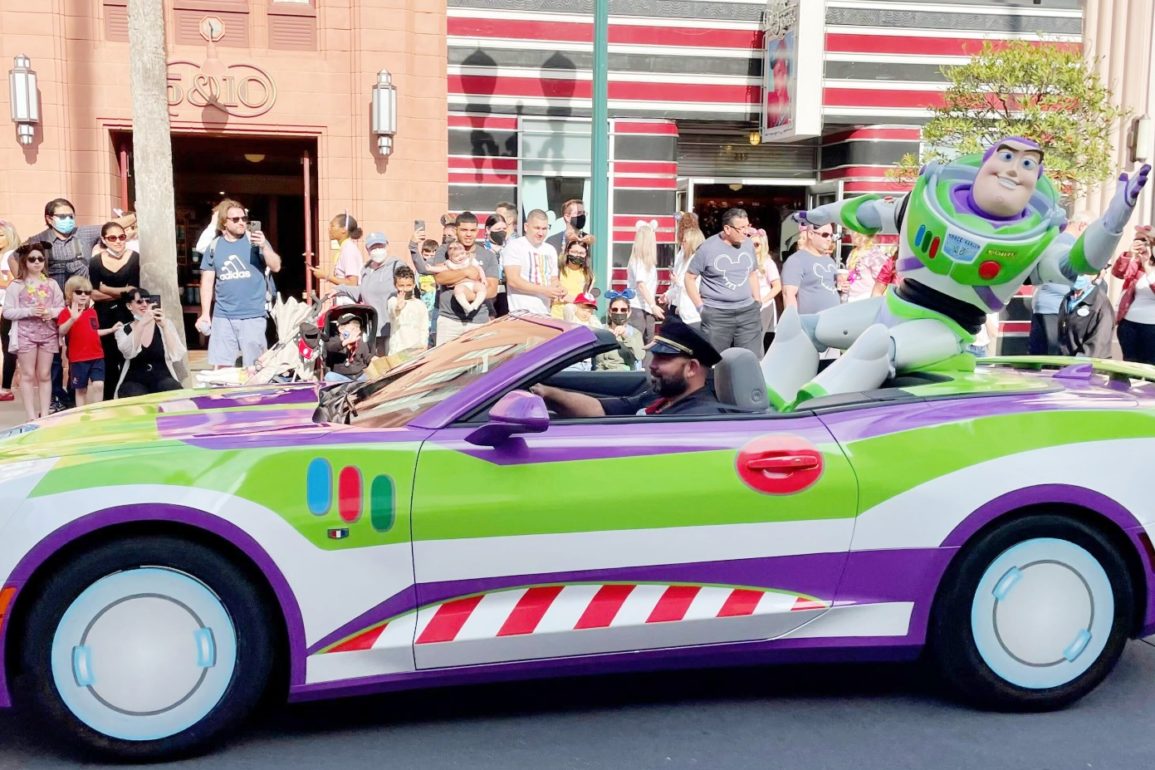 Buzz was all smiles today, waving to his fans, while debuting his new look in the Pixar Pals Motorcade. He, of course, was riding in his matching vehicle.

The new costume features a rounder (and dare we say friendlier) head and slimmer spacesuit design. The new look is much more flattering and looks more like Buzz himself.

Below is a photo of Buzz’s previous look. You can see how much bulkier the former costume was compared to the new one.