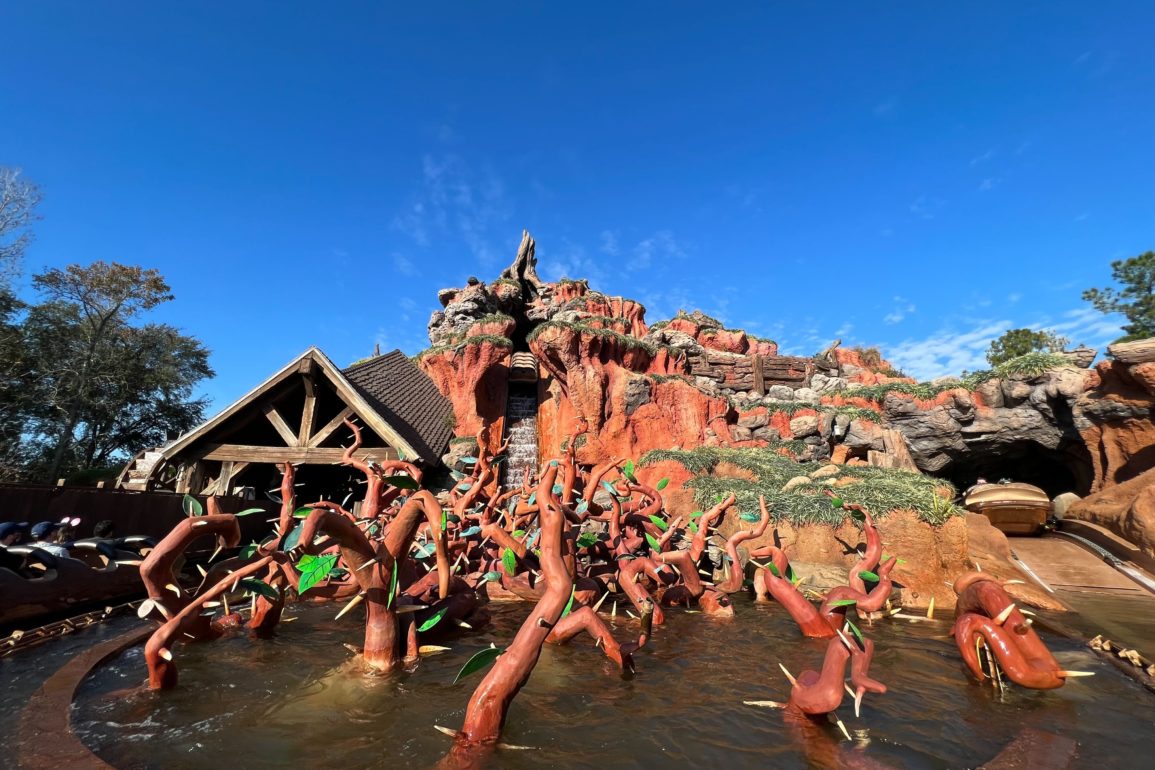 The month-long Splash Mountain refurbishment at Magic Kingdom is complete and the ride reopened last night after unexpected delays. We hopped on to check out the changes and found… very little.

This was a standard winter refurbishment, like most water rides undergo, and it appears the only updates were to the ride system itself.

Typically, the water rides see a refreshing of paint and various improvements.

Minor cosmetic work is noticeable on the façade and the outdoor portions of the ride, but those are the only surface-level changes.

Splash Mountain has several effects in need of repair, but they remain broken at this time.

Disney has not announced a timeframe for the impending “The Princess and the Frog” overlay. But the lack of care for the classic attraction may indicate that changes are on the horizon.

The “Princess and the Frog” version will utilize the same ride system, so it makes sense that Disney would focus their funds and efforts there. The hesitation to invest in the current version is potentially indicative of its longevity.

Have you ridden since the Splash Mountain refurbishment at Magic Kingdom was completed? Let us know what you thought in the comments below.