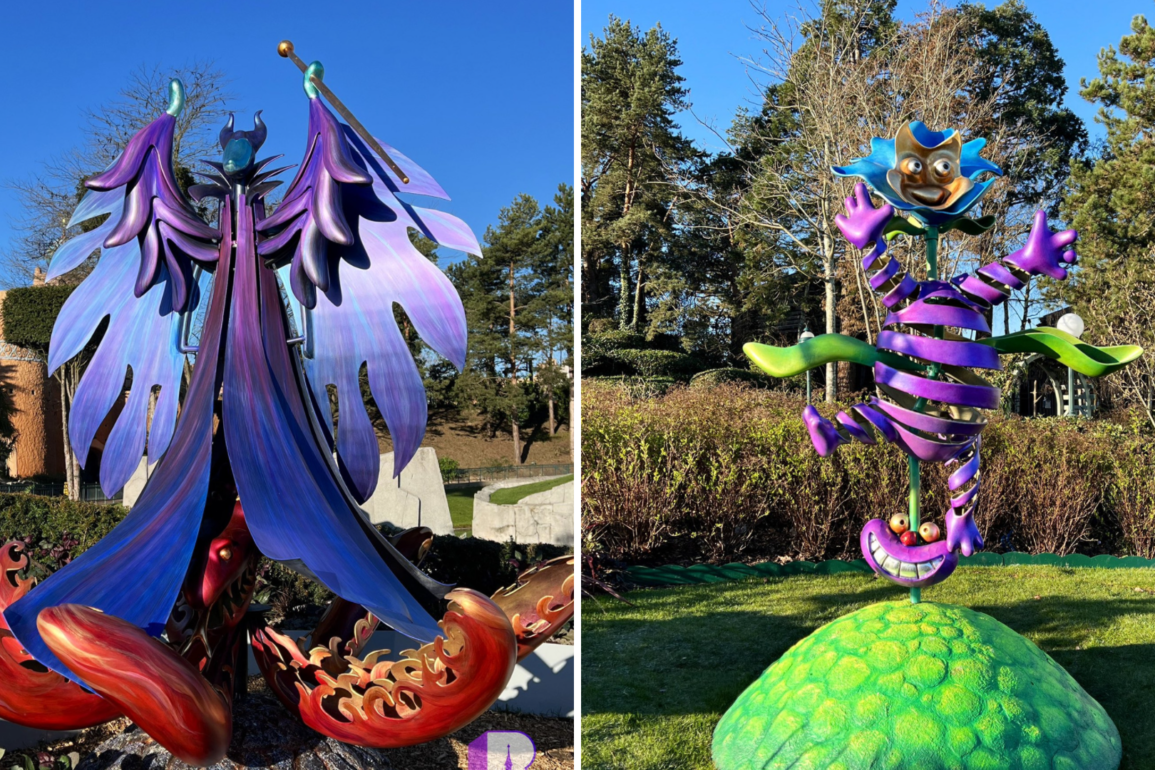 In a showcase of upcoming 30th anniversary offerings, Disneyland Paris revealed another statue for the “Gardens of Wonder.” With this preview of Cinderella, Disney gives us our first look at a completed statue.

Cave0fWonders shared a video of the statue in action on Twitter now that Disneyland Paris is allowing previews.

The abstract metal statue has the silhouette of Cinderella’s ballgown with her hair in a bun on top. To invoke imagery from the film, green birds fly around her. Silver versions of her iconic glass slippers sit on gold pieces around her skirt, which likewise twirls to create the illusion that Cinderella is spinning.

We previously got a look at concept art for the Disneyland Paris “Gardens of Wonder” as well as some of the other statues under construction.

The 30th anniversary of Disneyland Paris is on April 12, 2022, but the celebrations kick off on March 6 with new merchandise, entertainment, food, and more! For more information about the anniversary, check out the following articles:

Previous
The Walt Disney Company Employment Dropped by 33,000 During Pandemic, Only Now Growing