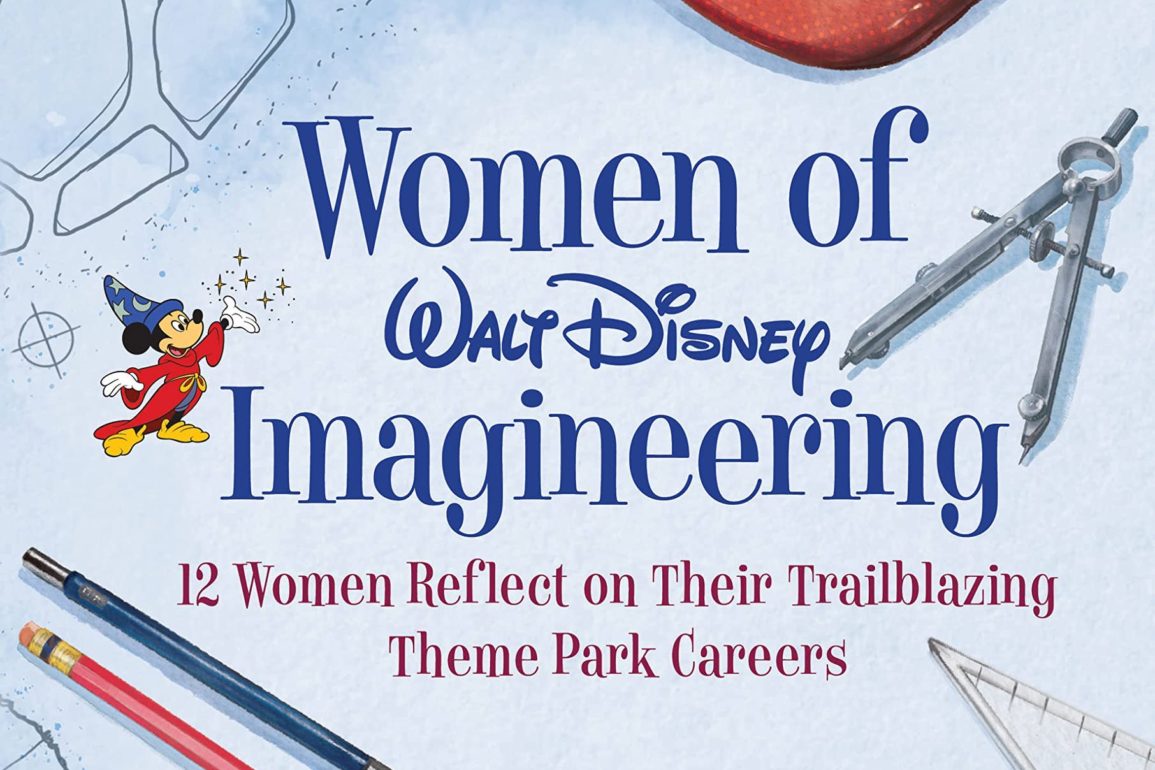 After a significant delay, “Women of Walt Disney Imagineering” has a new release date of March 15, 2022 — during Women’s History Month — and is available for preorder.

The book’s new subtitle is “12 Women Reflect on Their Trailblazing Theme Park Careers.”

A dozen female Imagineers recount their trailblazing careers! Capturing an era ― and preserving the stories they have told their daughters, their mentees, their husbands, and their friends ― a dozen women Imagineers have written personal stories from their decades designing and building the Disney world-wide empire of theme parks. Illustrated with the women’s personal drawings and photos in addition to archival Imagineering images, the book represents a broad swath of Imagineering’s creative disciplines during a time of unprecedented expansion. Intertwined with memories of Disney legends are glimpses of what it takes behind the scenes to create a theme park, and the struggles unique to women who were becoming more and more important, visible and powerful in a workplace that was overwhelmingly male. Each chapter is unique, from a unique Imagineer’s perspective and experience. These women spent their careers telling stories in three dimensions for the public. Now they’ve assembled their stories in print, with the hope that their experiences will continue to entertain and illuminate.

The foreword is by Ginger Zee, author and chief meteorologist for ABC News. The following Walt Disney Imagineers contributed:

Next
PHOTOS: Repainting of Aladar Underway at DINOSAUR in Disney’s Animal Kingdom