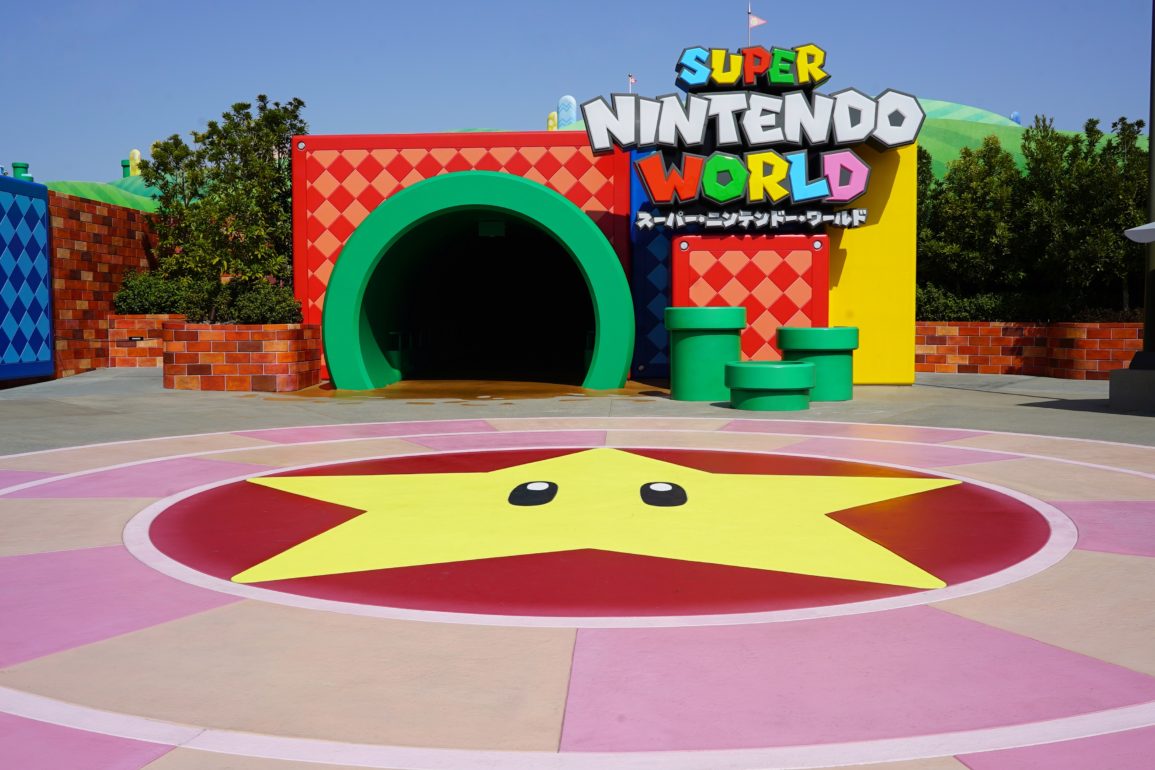 We’re nearly a year removed from the grand opening of Super Nintendo World at Universal Studios Japan last March. And with an opening date for the land’s second iteration in Hollywood now on the horizon, we thought it a good idea to round up everything you could ever want to know about Super Nintendo World in one convenient spot!

Super Nintendo World itself is a rather small area, dwarfed by other expansive areas such as Hogsmeade in The Wizarding World of Harry Potter. But it packs so much into its small cube of space that you’ll hardly find yourself wanting for more. We have a full walkthrough of the land on our YouTube channel.

The highlight of the land is Mario Kart: Koopa’s Challenge, themed to the iconic racing game where teams of four guests race through different iconic courses and locales from the franchise to collect coins and beat Bowser and the Koopalings in the ultimate race. We, of course, have a full POV queue tour and experience with the AR headset here on Universal Parks News Today.

The other ride in Super Nintendo World is Yoshi’s Adventure, a slow-moving Omnimover attraction for families in which riders enter the world of the Yoshi’s Island games to search for colored eggs. You can also watch a full queue tour and video of that here.

The amazing thing about Super Nintendo World is how deeply integrated into the land interactivity is. Guests who purchase a Power-Up Band can link it to their Universal Studios Japan App and track their progress collecting coins from ? Blocks, badges from activities, and Key Challenges from around the land.

You can watch a playthrough of all five Key Challenges on our YouTube channel.

One of our favorite little additions to the land is a series of Note Blocks, which guests can use to play select songs from the Mario series and earn special badges for their Power-Up Bands.

If you’re interested in meeting characters, you can! Articulated versions of Mario and Luigi meet on the first floor in front of Yoshi’s Adventure, and even have little prerecorded lines they can say to visiting guests. Princess Peach, also articulated, meets near her castle on the second floor, and Toad roams around, generally on the first floor, to dance and laugh with guests. You can watch our greetings with Mario, Luigi, Princess Peach, and Toad here on Universal Parks News Today.

What would a theme park expansion be without food? In Super Nintendo World, you have three choices.

First is Kinopio’s Cafe, which is the main counter-service eatery. Chef Toad has prepared delicious meals for all the guests visiting the Mushroom Kingdom, and he’s ready to host you inside his lovely and homely café. Most of the dishes are mushroom-based, although we chowed down on plenty of adorable desserts as well. You can read our full review and watch us try every single item on the menu here.

Yoshi’s Snack Island is located in a well-hidden corner next to the Yoshi’s Adventure exit, and sells a Koopa Troopa shell yakisoba bun as well as flavored lassi drinks.

There are also two flavors of popcorn available at Pit Stop Popcorn — caramel peach and mushroom. We tried both of these, and you can read our full review here.

There are over 400 items made exclusively for Super Nintendo World; we made a 45-minute video tour and massive article when the land first opened, documenting every item at the main shop, 1-Up Factory. We’ve also kept up with new releases since then, which you can check out our full expanded line report from March of last year and the new winter items in December.

The exit gift shop for Mario Kart: Koopa’s Challenge also features tons of Mario Kart-themed merchandise, which you can check out here.

Not only do we have this first section of Super Nintendo World, but we also know that an expansion will open in 2024 at Universal Studios Japan, themed to Donkey Kong! The new area will contain a coaster themed to the mine carts from “Donkey Kong Country,” as well as new food and merchandise locations, and more interactive features!

What do you think of Super Nintendo World? Let us know in the comments below!