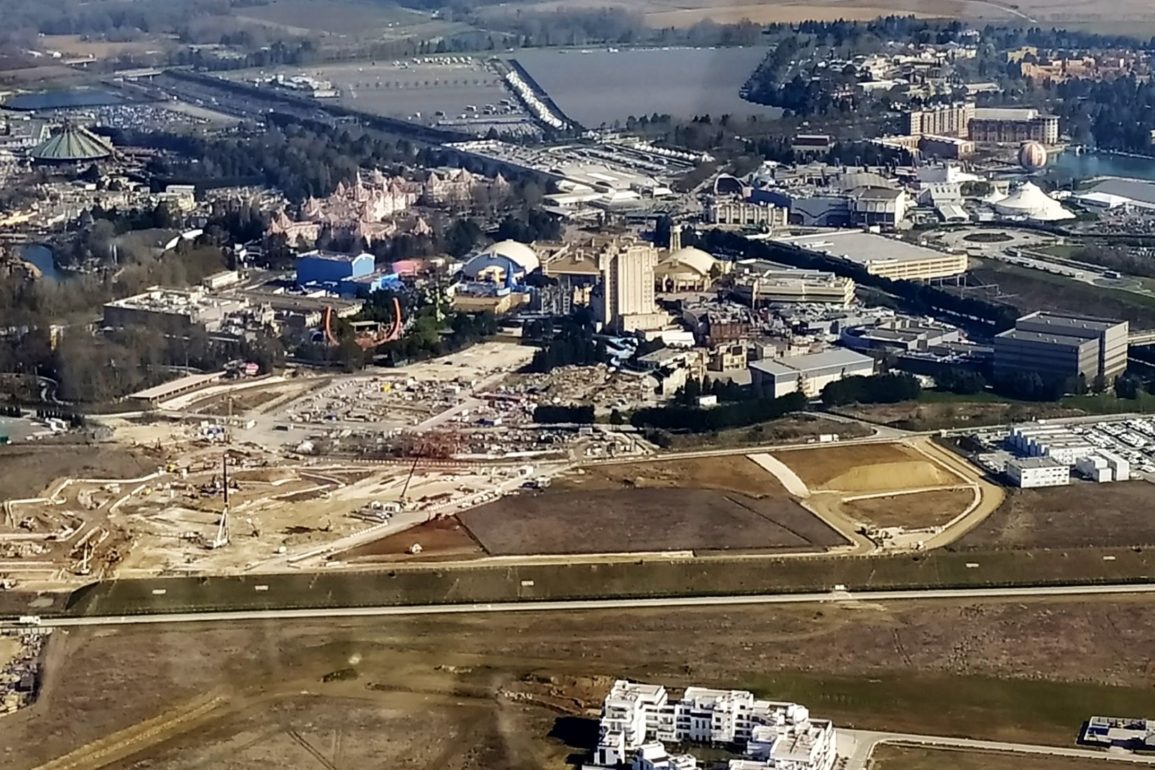 Our friends at DLP Report have shared an aerial look at the construction on phase two of the Walt Disney Studios expansion at Disneyland Paris, which will feature Arendelle: World of Frozen, a “Star Wars” area, and a new lagoon for nighttime shows.

Pathways and roads are starting to become visible as the construction pace is quickening.

Outlines are taking shape for the future Frozen Ever After show building.

Major work has also taken place on expanding the berm of the park to accommodate this expansion and even some future areas for more attractions and development.

The expansion was first announced back in 2018, with phase one beginning to open last year with the conversion of the Studio Tram Tour to Cars Road Trip, and continuing this year with the grand opening of Avengers Campus. The second phase is set to include Arendelle: World of Frozen, a “Star Wars” area, and a new lagoon for daytime and nighttime shows.

Are you excited to see Walt Disney Studios Park getting some love? Let us know in the comments below!