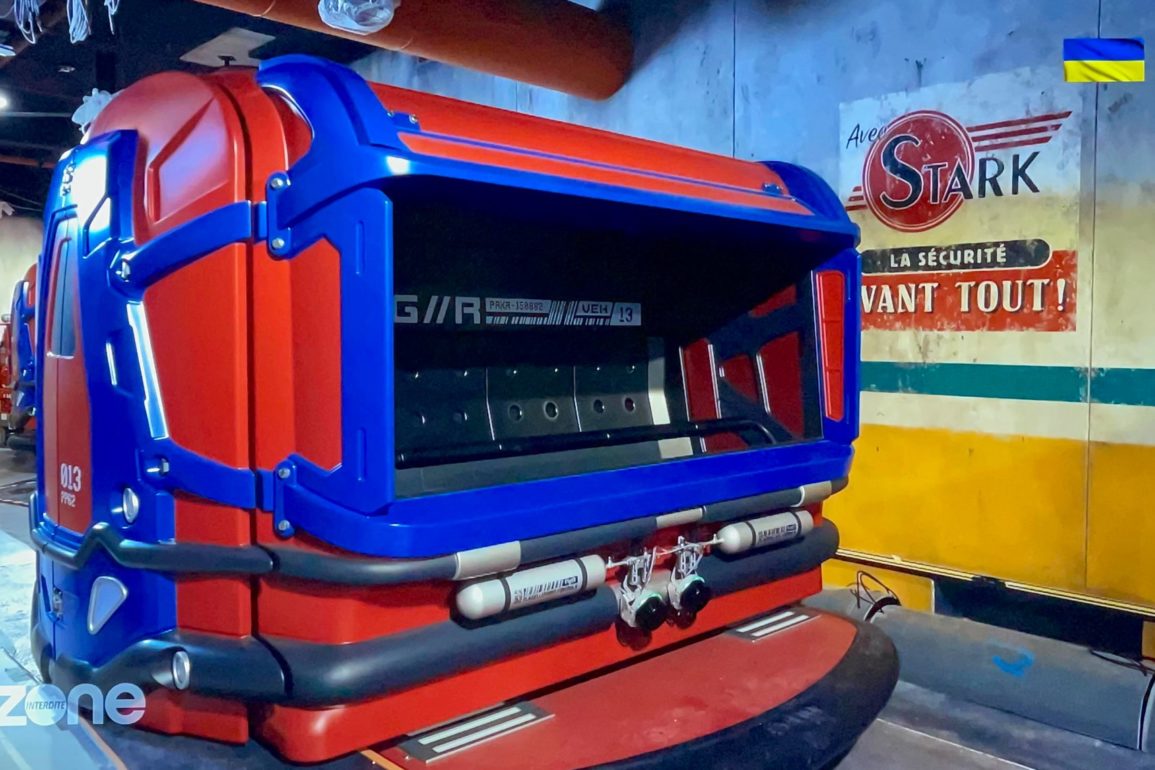 As we near the summer opening of Avengers Campus at Walt Disney Studios Park in Disneyland Paris, we now have our first looks inside the Paris version of WEB SLINGERS: A Spider Man Adventure as well as an outside view of the Avengers coaster!

The images were shared on French news program Zone Interdite and shared by our friends at DLP Report, showing a look at the attraction featuring a poster translated into French.

Also shown on the program were a look at Imagineers hard at work testing the attraction as it prepares for its summer opening window. Disneyland Paris has not said exactly when the new land will open.

They also gave a first look at the guest-facing exterior for the as-of-yet untitled “Iron Man”-themed coaster. We previously saw art featuring the attraction’s ride vehicle as part of the Disneyland Paris 30th Anniversary announcement, and testing recently began on the attraction’s exterior lighting features.

Are you excited for Avengers Campus to come to Paris? Let us know in the comments below!