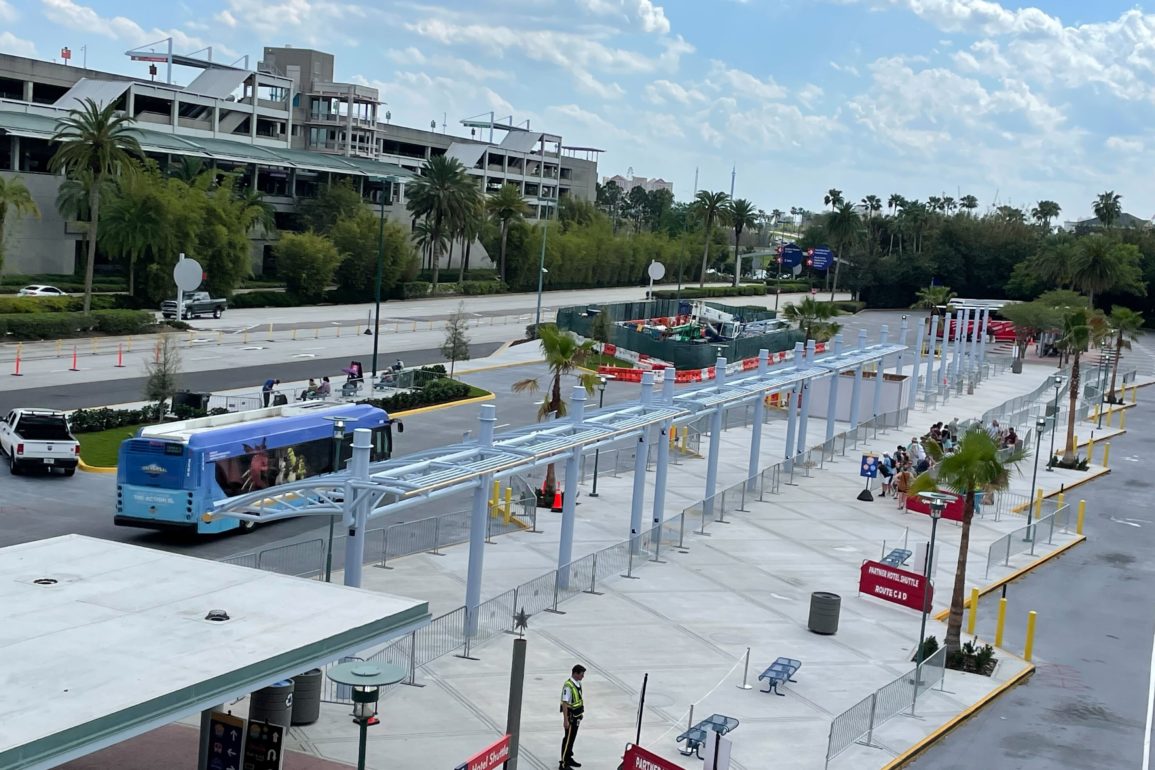 Construction continues on the bus loop at Universal Orlando Resort, which is partially open but is still receiving final touches.

The bus loop is on the ground next to the walkway from the parking garages to CityWalk. New awning-like pieces have been added down the center of the sidewalk.

The awnings aren’t solid pieces, so they won’t provide much shade, at least not yet.

They are surrounded by temporary fencing for now.

There are poles further down that don’t have awnings on them yet.

The bus loop is also used for drop-off, pick-up, and ride-sharing.

The bus loop was originally demolished in October and has been rebuilt since then.