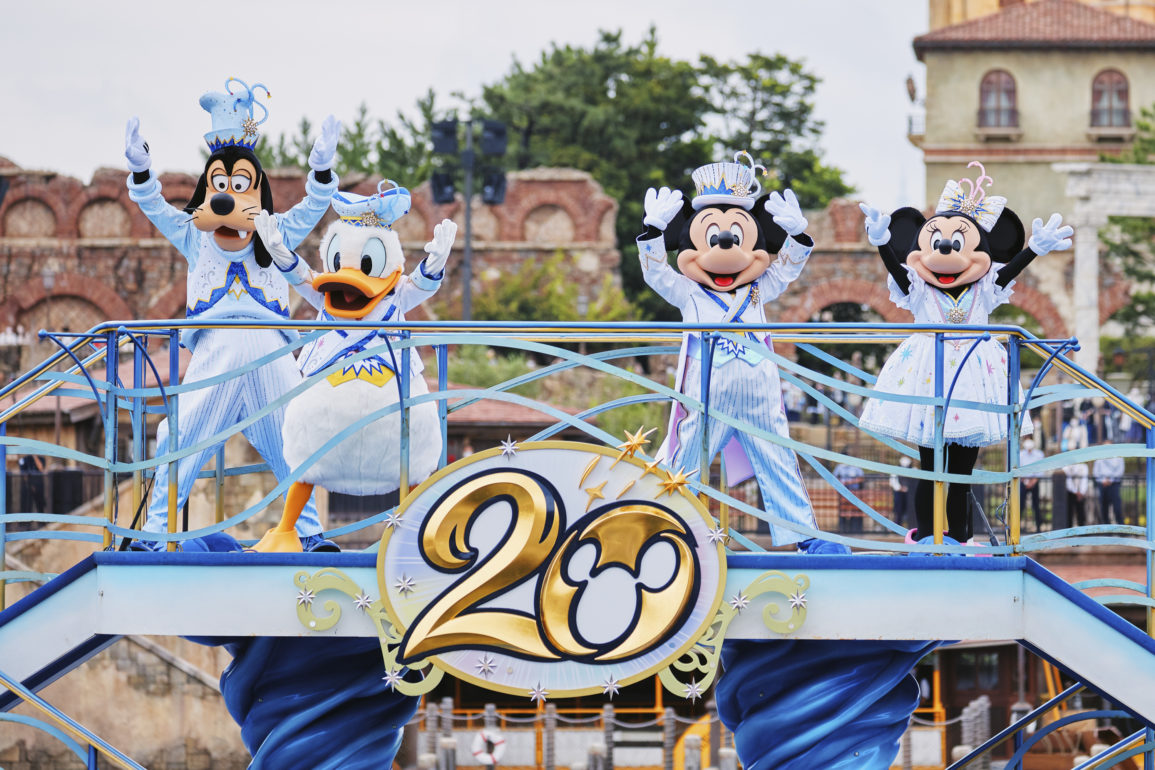 Tokyo Disney Resort has revealed that a new stage show entitled “Shining with You” will debut at the Hangar Stage in Lost River Delta starting April 1, as part of the Tokyo DisneySea 20th Anniversary “Time to Shine!” celebration.

Dressed in memorable costumes, the Disney friends will dance and singers will perform to the theme music from the Grand Opening of Tokyo DisneySea and each major anniversary celebration, as well as music from various entertainment programs presented over the years. Guests can join in the excitement of the shows “Disney’s Rhythms of the World” and “Bonfire Dance,” as well as “The Legend of Mythica,” a show that was presented on the waters of Mediterranean Harbor. For the finale, Mickey Mouse and the Disney friends, dressed in costumes inspired by the sparkling theme of the 20th anniversary, will appear on stage to the music of the 20th anniversary theme song for an exciting climax to the performance.

“Shining With You” will run from April 1 through the end of the celebration on September 3.

Guests must enter and win seats for the show using the Entry Request lottery system through the Tokyo Disney Resort App. “Shining With You” is the first full-length show to debut as part of the Tokyo DisneySea 20th Anniversary “Time to Shine!” celebration.

“Song of Mirage” is still listed as temporarily closed on the Tokyo Disney Resort website, we can only hope it returns after “Shining With You” concludes on September 3.

Are you excited to see this new show? Let us know in the comments below!