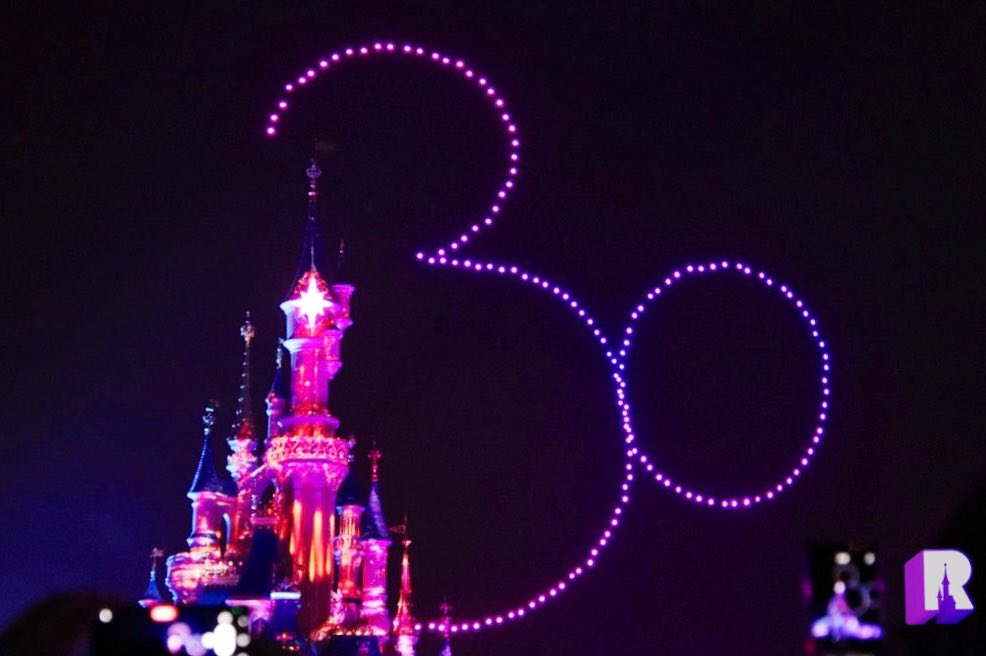 Disney D-Light, the newest night-time show at Disneyland Paris, has finally premiered for the park’s 30th anniversary. Thanks to Mousesteps, CafeFantasia, InsideDlpCastle, DLP Report, and DisneyGoofballs on Twitter, we’re able to get a glimpse of the show.

Disney D-Light is the new pre-show for Disney Illuminations, and is about four minutes long.

During the show, Sleeping Beauty Castle is lit up with projections and fountains going off in front of it.

You see the drones here again in a video from InsideDlpCastle, that showcases the drones in a circular shape with a rotating Mickey head in the center.

At the end, the sky is lit up with a fleet of two hundred drones that forms the Mickey-shaped 30th anniversary logo. They are lit up in purple for a few seconds, then change to twinkling white lights before going dark.