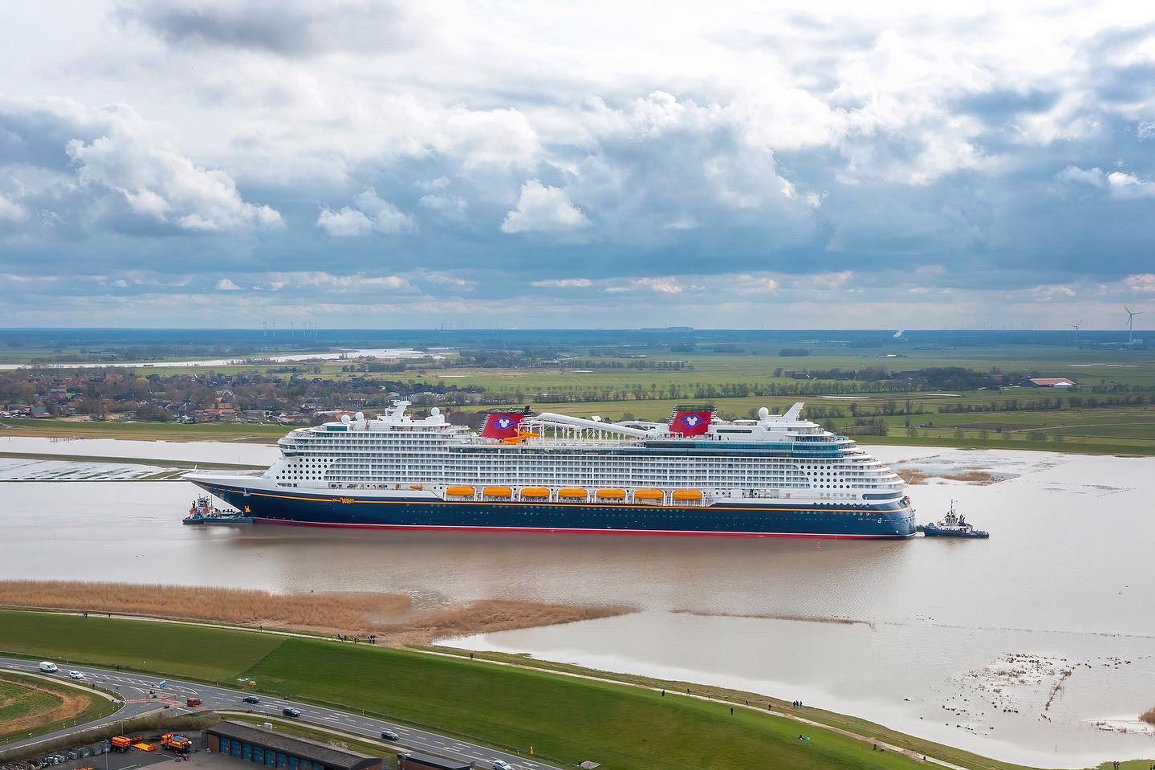 With only a few months to go before the inaugural sailing of the Disney Wish, the newest addition to the Disney Cruise Line fleet reached a major milestone today.

Disney Cruise Line announced on Twitter that the ship has officially departed from the Meyer Werft shipyard in Germany after almost two years of construction, and is sailing towards open waters. It had previously hit water in February.

The ship could be seen from nearby roads as it passed by.

In recent weeks, new details about the Disney Wish have been revealed, including information about new shops and merchandise, as well as entertainment, including live stage productions of “Aladdin: A Musical Spectacular,” “The Little Mermaid,” and “Disney Seas the Adventure.” The inaugural sailing is currently scheduled for July 14, 2022.