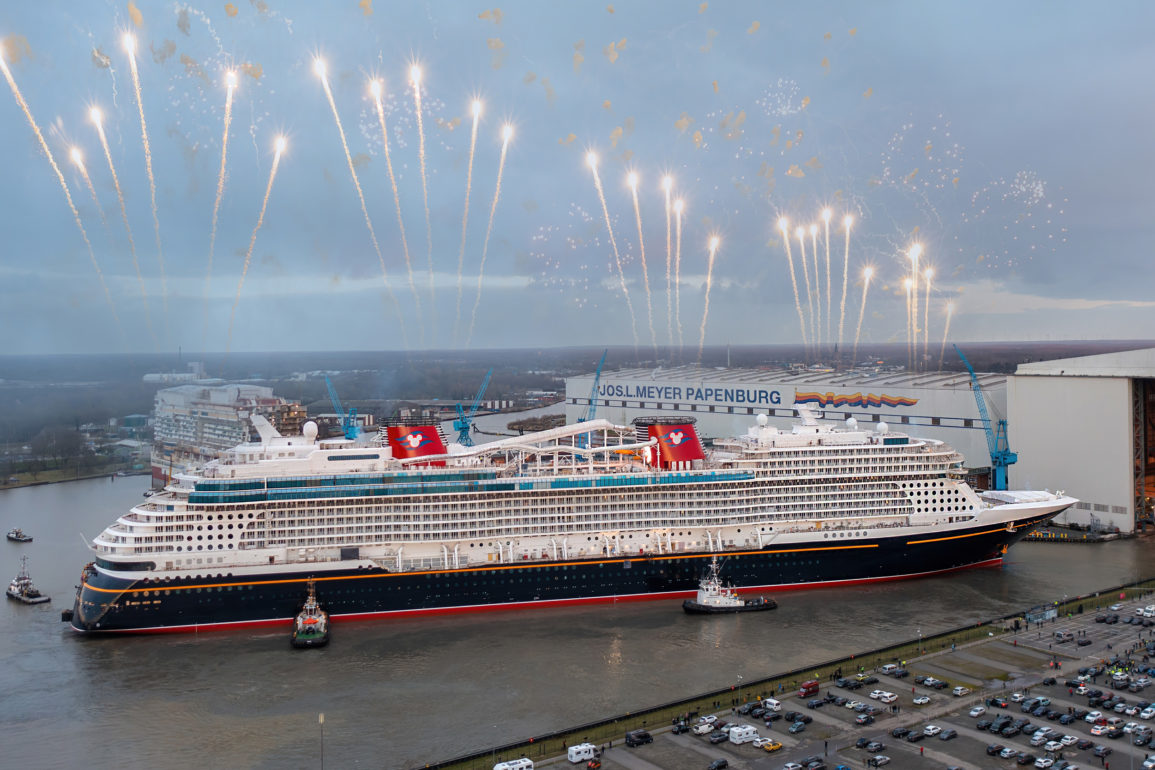 After construction stalled due to COVID-19 and the ship’s maiden voyage delayed until July, the Disney Wish cruise ship finally hit water for the first time today.

The ship’s first outing was livestreamed from Papenberg, Germany. Excited onlookers and crews watched while it exited the building in the Meyer Werft shipyard, where it has been under construction for two years. After the ship was fully in the water, the crew set off celebratory fireworks.

Construction will continue for at least another six weeks on the ship’s interiors and the AquaMouse water ride. Then, the team will move the Wish with tugboats on the Ems River to Eemshaven, Netherlands. There, it will undergo further preparations for sea travel.

Watch the hour-long livestream as the Disney Wish cruise ship hits water below.

Read more about the Disney Wish:

Next
REVIEW: Pucker Up for a Tart Plant-Based Engagement Ring Cake at Disney’s Hollywood Studios