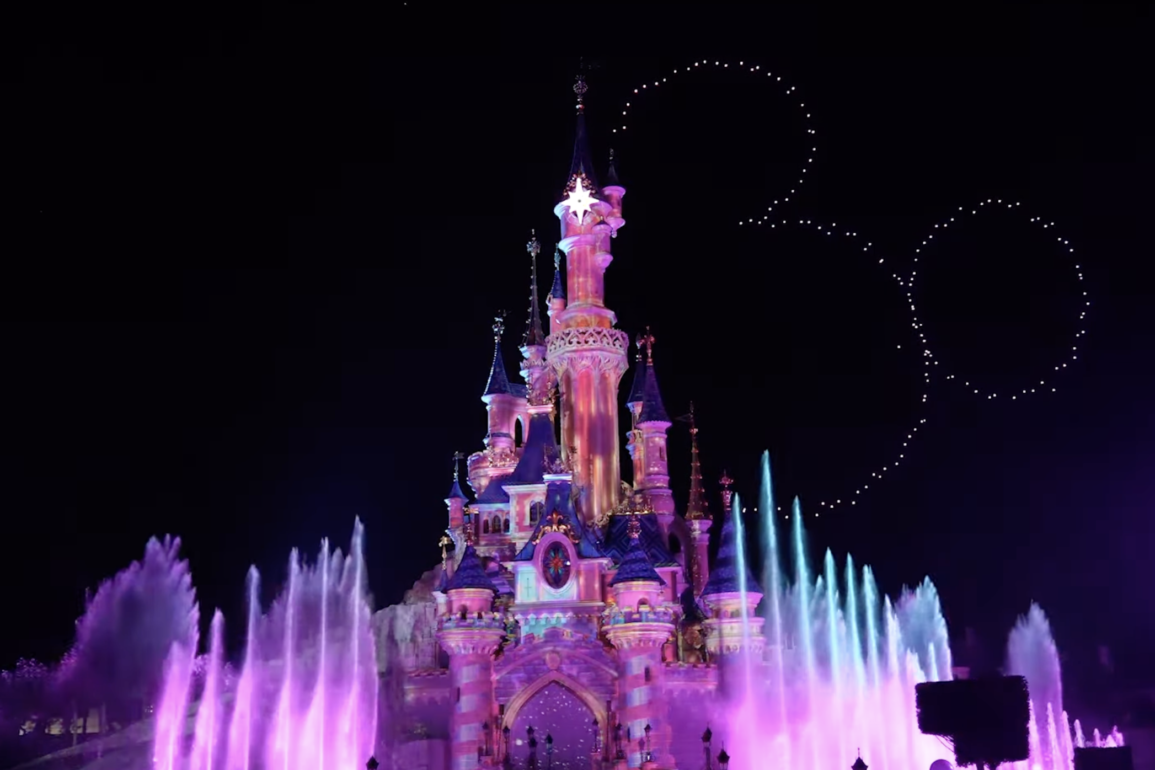 Disneyland Paris has shared a new behind-the-scenes video about the creation of their new “Disney D-Light” drone show, which just premiered as part of the resort’s 30th anniversary celebration.

“Disney D-Light” is a pre-show before “Disney Illuminations” at Sleeping Beauty Castle in the center of the park. It mixes video projection, water jets, lighting effects, fog, lasers, and music, plus the drones.

The show is the result of an eight-month collaboration between Disneyland Paris and French company Dronisos. Dronisos recruited four telepilots and trained them specifically for “Disney D-Light.”