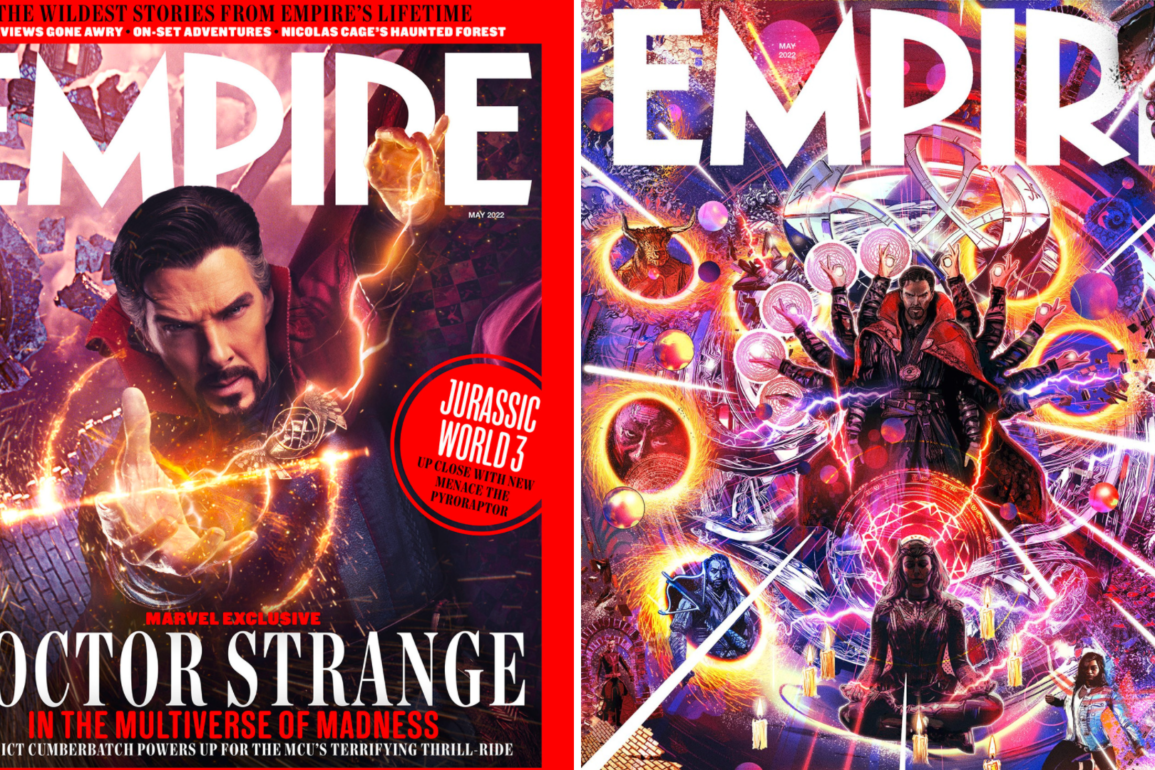 Empire Magazine has debuted two new “Doctor Strange in the Multiverse of Madness” covers for its 400th issue.

The first cover shows just Benedict Cumberbatch as Dr. Strange, his hand stretched out casting a spell towards the Eye of Agamotto. The multiverse is crumbling behind him.

The other cover has a comic art style and features more characters and imagery from the upcoming film. Strange is in the center, several arms and spells emerging from behind him. Below him is Wanda Maximoff meditating as the Scarlet Witch in a circle of candles. America Chavez is jumping through a portal in the lower right corner. This will be the first appearance of Xochitl Gomez as America Chavez in the MCU. Wong and Karl Mordo appear in portals on the left. Monsters emerge from other portals.

Check out a trailer for “Doctor Strange in the Multiverse of Madness,” which will be in theaters on May 6, 2022.

Next
Plants Arrive at Guardians of the Galaxy: Cosmic Rewind Courtyard in EPCOT as Outdoor Construction Nears Completion