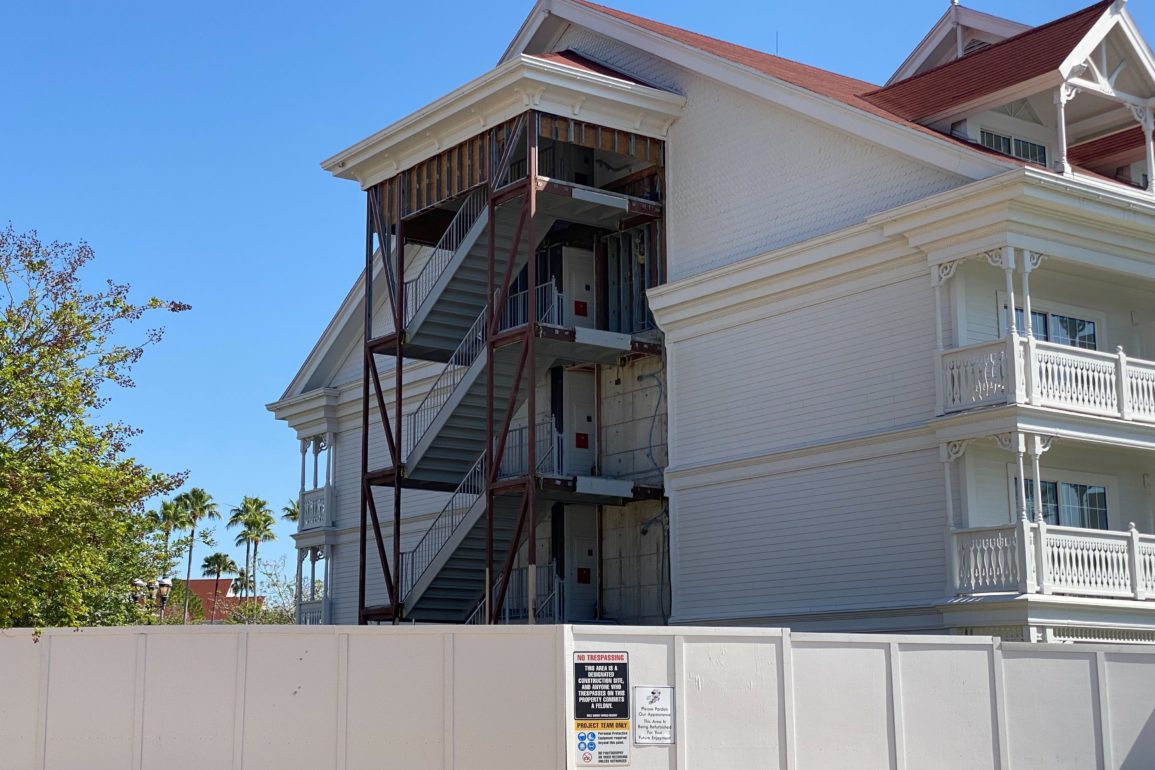 The Villas at Disney’s Grand Floridian Resort & Spa is being expanded to include new Disney Vacation Club Resort Studios. Construction began on March 1 and we last checked in on March 13. Let’s see how things are coming along.

Construction work can be seen at both ends of this building.

Scaffolding, and a white tarp, are visible from across the lagoon on this end.

The staircase on the other end is surrounded by construction walls.

Paneling around the staircase has been removed.

Staircases at the Grand Floridian are usually partially enclosed with white paneling that matches the building’s exterior walls.

The metal of the staircase structure is currently exposed.

Construction walls extend around the trees in front of the building.

From the pool area, we could see more scaffolding and tarps on the side of the building.

The tarps don’t entirely cover the scaffolding, but we didn’t see crew members during this visit.

Scaffolding surrounds much of the Big Pine Key building.

Construction materials were sitting on the highest level of scaffolding.

Net fencing is along the edge of the lagoon.

Some red roof paneling has been removed, exposing the black sheathing underneath.

We previously got a look at the interior of the new villas. Disney also released a short documentary on the expansion last week.