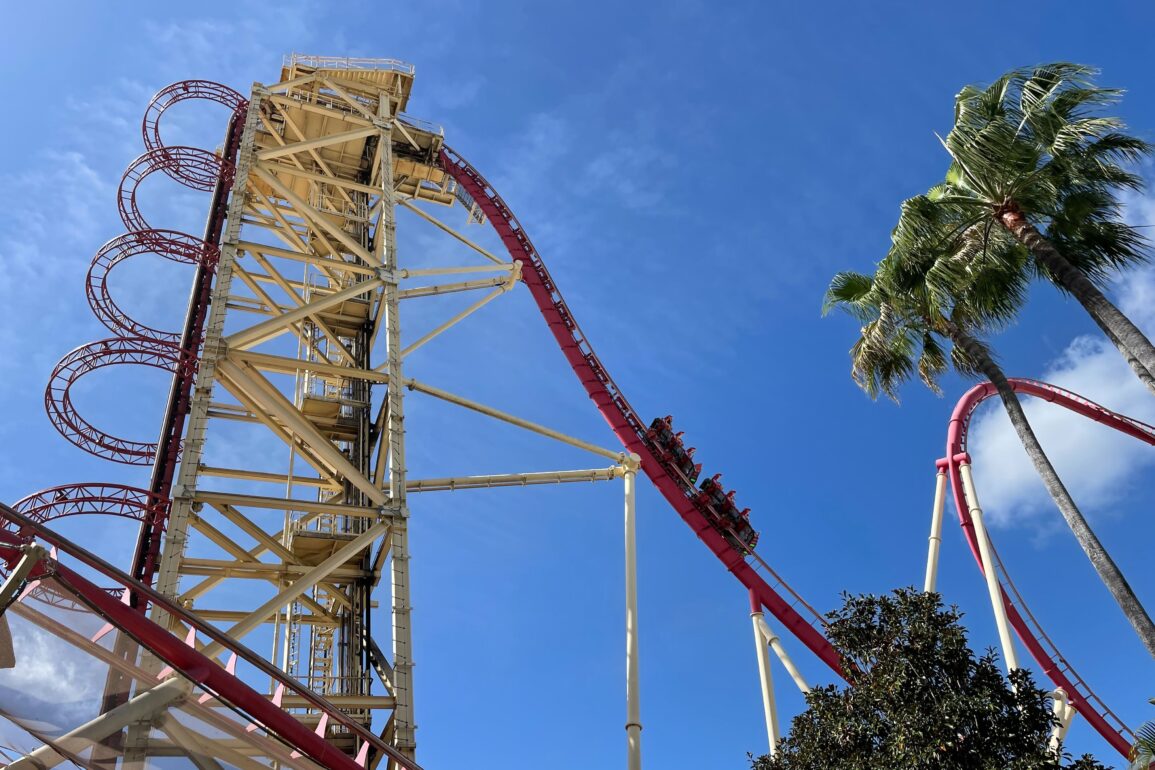 With the addition of two Blink-182 songs to Hollywood Rip Ride Rockit in Universal Studios Florida, we thought it would be useful to make a guide to the full secret song list aboard the musical coaster.

Hollywood Rip Ride Rockit is a roller coaster in the Hollywood section of the park.

The coaster is unique because guests get to pick their soundtrack for the ride. It was inspired by Hollywood Dream: The Ride at Universal Studios Japan, which shares the same concept and opened two years earlier.

There is a list of 30 readily available songs of different genres that guests can choose from. These all show up on the screens in the queue and during the selection process after boarding.

Guests can request the secret song list from a Team Member. Each secret song has a three-digit code.

Here are the steps to access one of these songs after boarding the ride:

If there’s a particular secret song you want, you can always memorize its code instead of asking for the list.

What’s your favorite song aboard Hollywood Rip Ride Rockit? Let us know in the comments below!