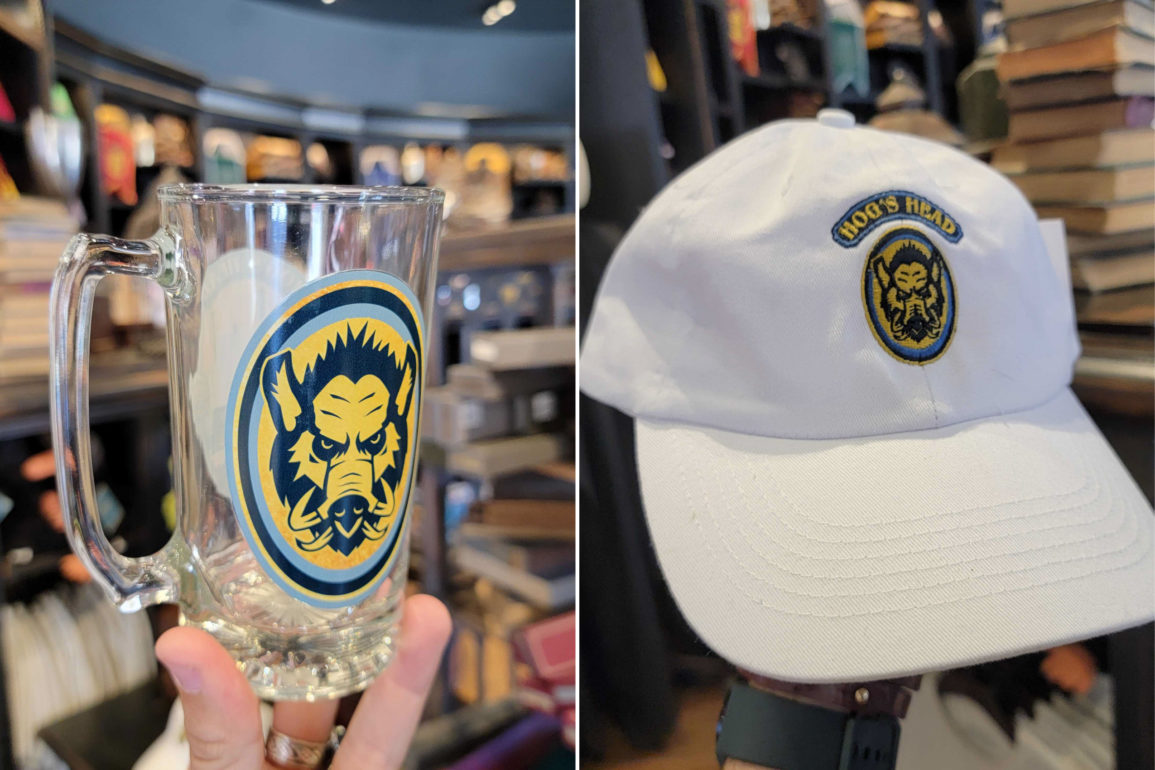 Travelers near and far to Hogsmeade can stop in at The Hog’s Head, adjacent to The Three Broomsticks, for a little libation before continuing on to Hogwarts. And if you’re looking to commemorate that little corner of the Wizarding World of Harry Potter, you can pick up these two new items we found at the Universal Studios Store in Universal Studios Hollywood!

The rather plain all-white cap features the Hog’s Head logo and wordmark on the front.

The back reads “Hogsmeade,” embroidered in blue.

This mini stein features an appropriately sized handle, with the Hog’s Head logo on the front.

The back side shows art of the Hog’s Head as it appears in the films, and reads “Hog’s Head at Hogsmeade.”

Next
REVIEW: Bring a Friend to Conquer the Giant Mozzarella Stick from Blue Ribbon Corn Dogs in Downtown Disney District