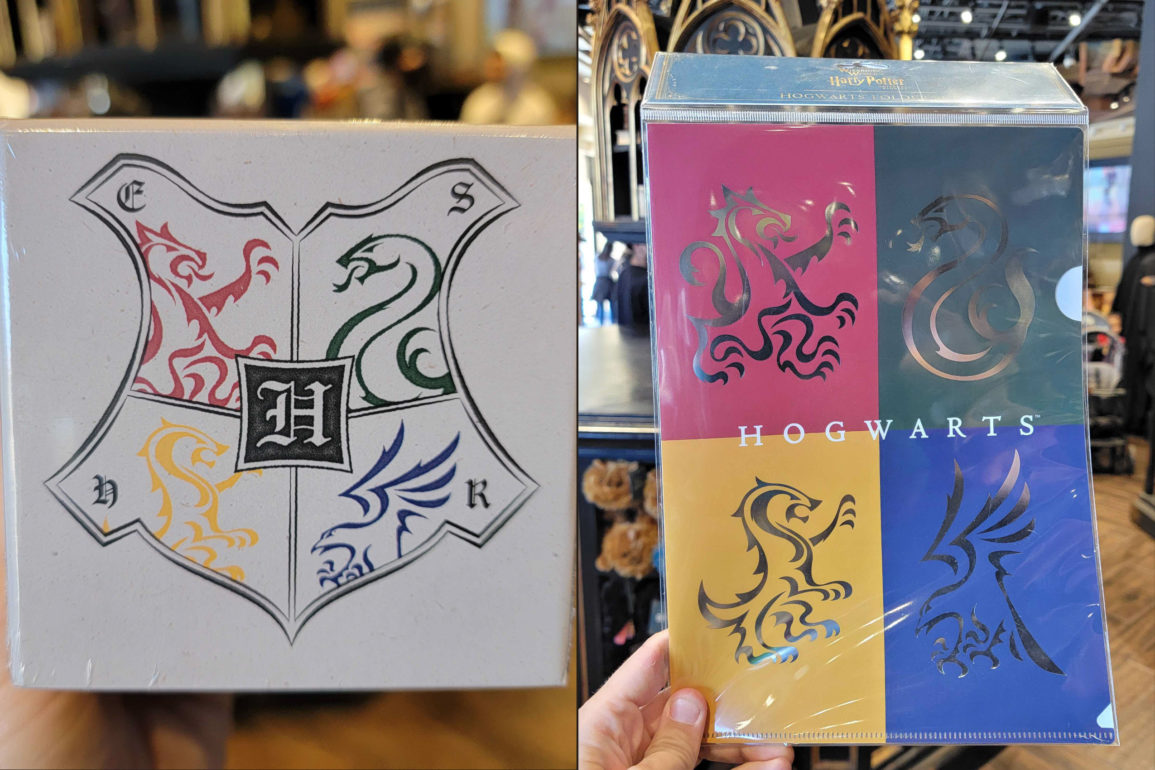 This cube of sticky notes bears a stylized, simpler version of the Hogwarts crest featuring the four houses. The cube includes sticky notes, a notepad, and a pen holder.

This folder features the four stylized insignias of Gryffindor, Ravenclaw, Hufflepuff, and Slytherin against their house colors.

The back is white with the simple crest.

This version features a silver front with a much more prominent simplified crest and “Hogwarts” written in all caps below.

The back side is black, with the letters H, G, R, and S in “Hogwarts” each showing a house icon for the house starting with the same letter.

We found all three of these at Universal Studios Store in Universal Studios Hollywood, so be sure to touch those broomsticks down here to pick up these latest stationery items. And let us know what you think in the comments below!

New 'Floating Down Main Street, U.S.A.,’ Darth Vader Kenner Figure, and Goofy's 90th Anniversary Pin...May 25, 2022
PHOTOS: New Jaws, Kongfrontation, Back to the Future: The Ride, and E.T. Adventure Candles at Univer...January 21, 2022
Brendan Fraser Has Not Been Removed From Revenge of the Mummy at Universal Studios FloridaAugust 8, 2022

Next
Frontierland Hoedown Happening Returns After 2 Years at Magic Kingdom