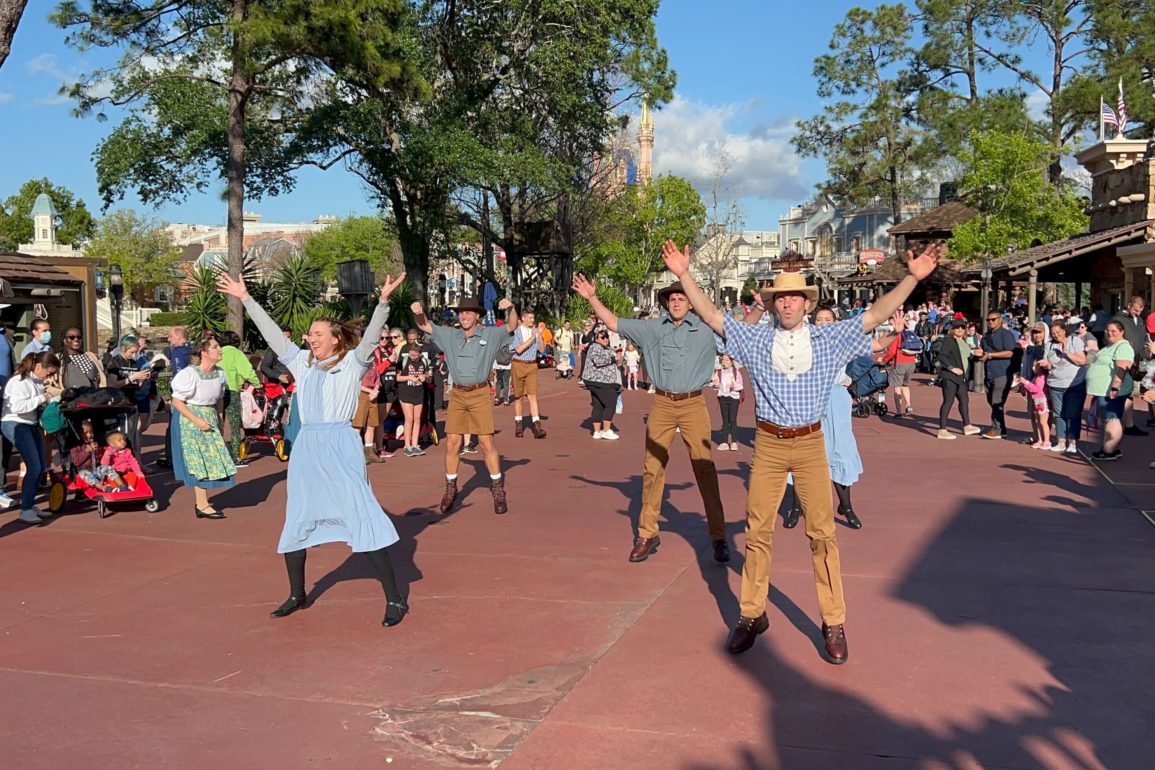 The fan-favorite Frontierland Hoedown Happening was originally announced to be returning to Magic Kingdom on February 11, 2022, but ultimately did not return until this week, due to reasons unknown.

But it has finally returned to Frontierland at Magic Kingdom and we’ve got all the coverage for you, including photos and a video of the full performance.

This hoedown features Cast Members dancing in the streets at surprise intervals throughout the day. Disney characters were formerly part of the procession, but it seems they are excluded for the time being.

You can also watch a full video of its return to the Magic Kingdom courtesy of our YouTube channel!

Are you excited to see the return of the Frontierland Hoedown Happening? Let us know in the comments below!