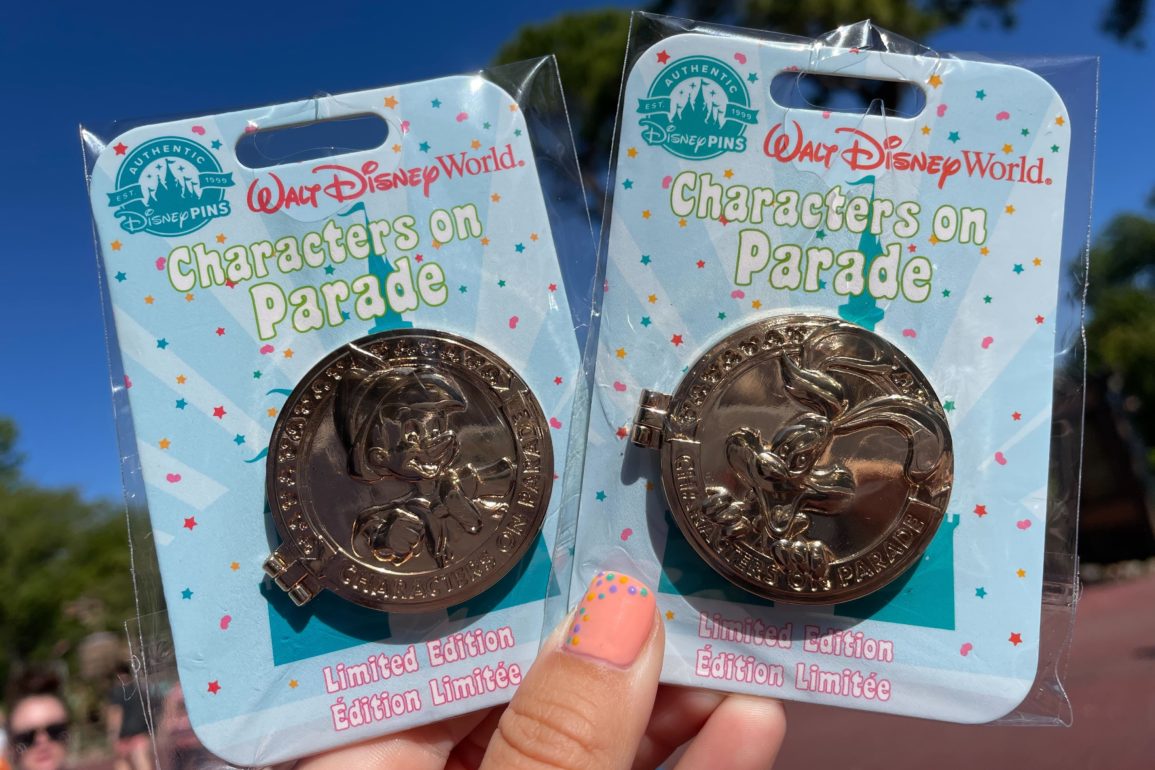 The fronts of these pins are silver, with the three-dimensional image of the featured character and “Characters on Parade.”

This one features Roger Rabbit.

The pins open to reveal the character in full color. This pin represents the Roger Rabbit float that led the 20th Anniversary Surprise Parade at the Magic Kingdom.

Roger is wearing a jester hat, with fireworks about to go off behind him and the word “Surprise!” in front of him.

This one features Pinocchio on the front.

These are limited editions of 2,750. We found them both at Frontier Trading Post in Magic Kingdom.