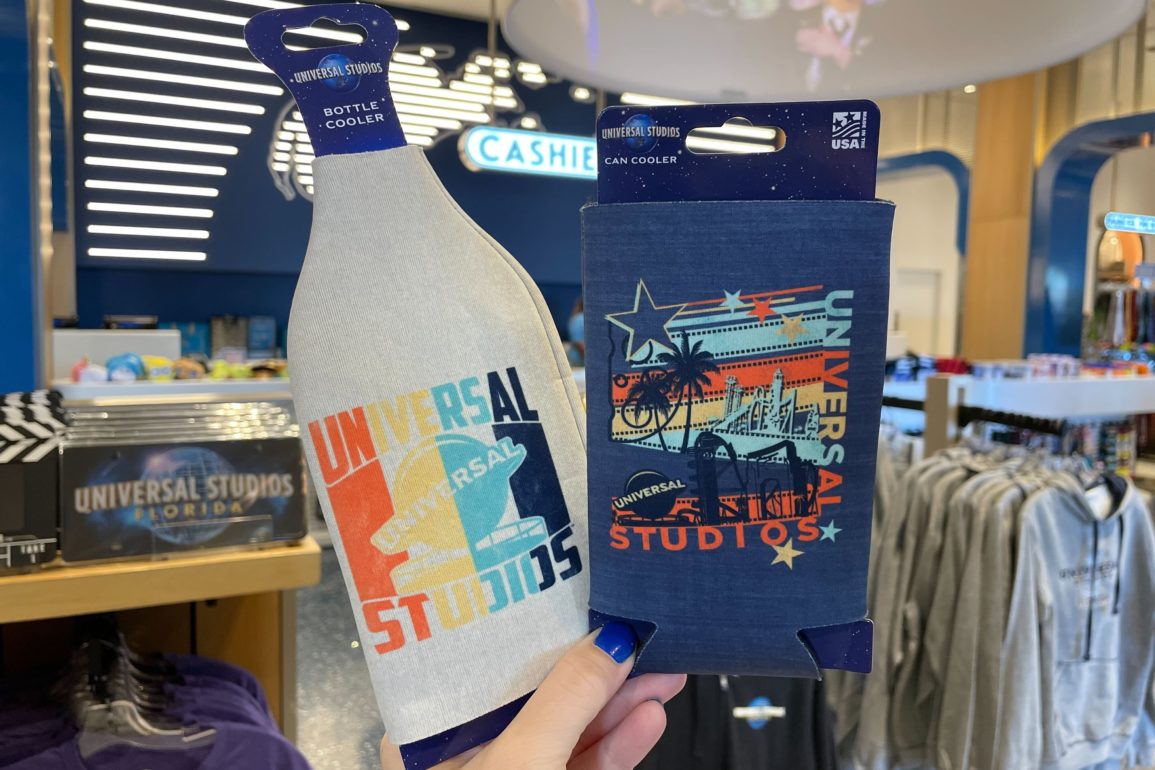 One is made for bottles, while the other is for cans.

The can cooler is blue. The light blue, orange, and yellow film strip design on it match recently released apparel.

The bottle cooler is white with the Universal globe pictured in colorful stripes.