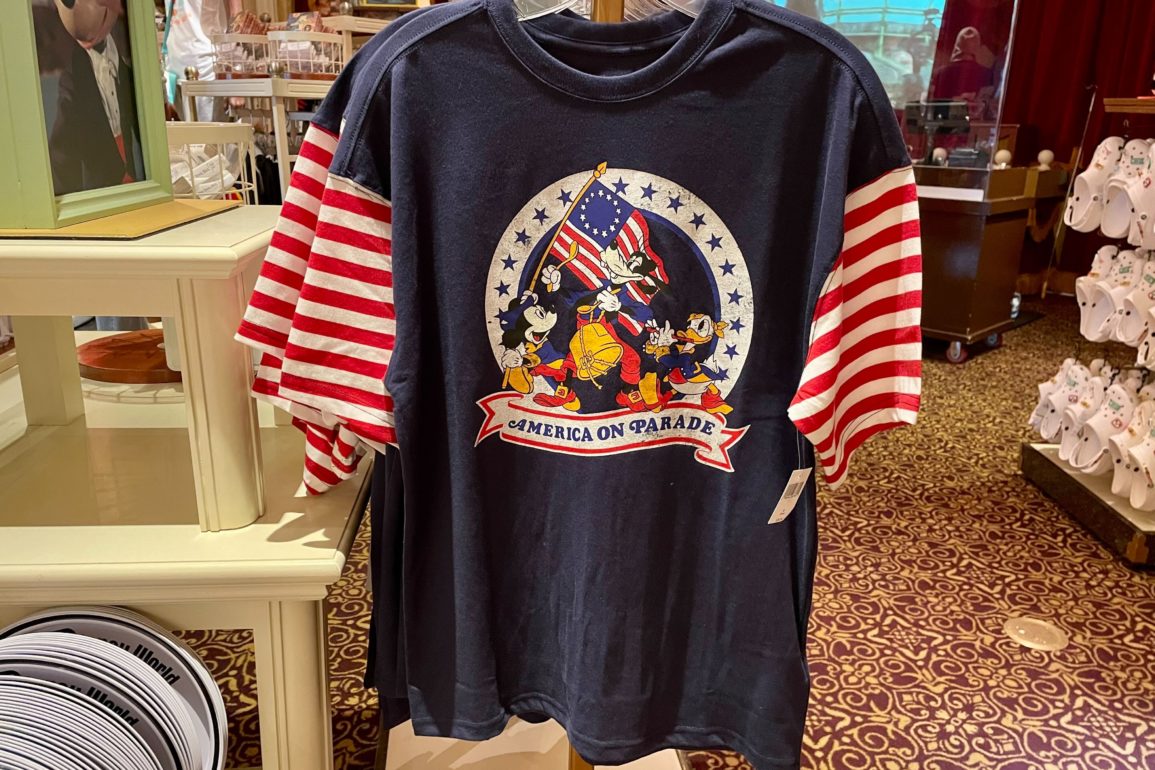 The torso of the tee is dark blue, while the sleeves are red-and-white striped.

At the center of the jacket is an image of Mickey, Goofy, and Donald in the parade. Mickey is holding a vintage American flag while the other two play makeshift instruments. A white circle full of stars is around them. A banner beneath them reads “America on Parade.”

We found this tee in the Main Street Cinema at Magic Kingdom. It matches the “America on Parade” windbreaker released last month.