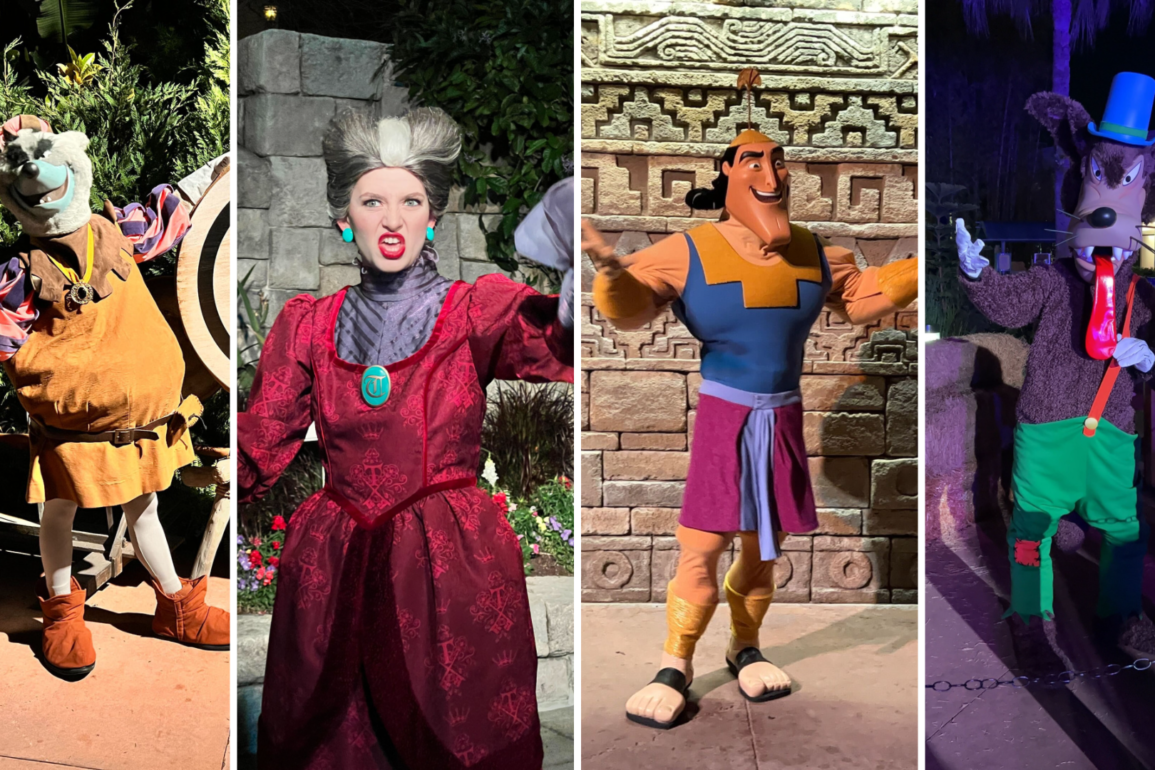 Among all the exclusive entertainment available during Disney Vacation Club Moonlight Magic events are rare character sightings. We attended the first Moonlight Magic event since the pandemic began and got to meet over a dozen Disney Villains. Check out all our photos and see a video below.

He, like all the characters, is at a distance behind a barrier.

Captain Hook is nearby, with a canon, barrels, and a pirate flag.

Honest John and Gideon alternate with Pain and Panic in this spot next to Port of Entry.

Gaston appears in a garden in the France Pavilion.

Kronk appears in the Mexico Pavilion, at Donald’s meet-and-greet spot.

Lady Tremaine appears outside the Canada Pavilion, alternating with her daughters.

They are surrounded by planters to keep them separate from guests.

The Evil Queen appears in the large gazebo across from Disney Traders.

She’s at a greater distance than the other characters, so she can’t really be spoken to.

She has spooky lighting and her cauldron full of bubbling green potion.

The Evil Queen switches with her alternate self: the old hag.

Oogie Boogie appears near the Imagination! Pavilion, behind some spooky fencing with Jack-o’-lanterns.

The Queen of Hearts appears in Alice’s usual spot in the rose garden of the U.K. Pavilion.

The Sheriff of Nottingham was between the Mexico and Norway Pavilions, with an array of weapons behind him.

Watch our video of all of the Disney Villains character sightings: