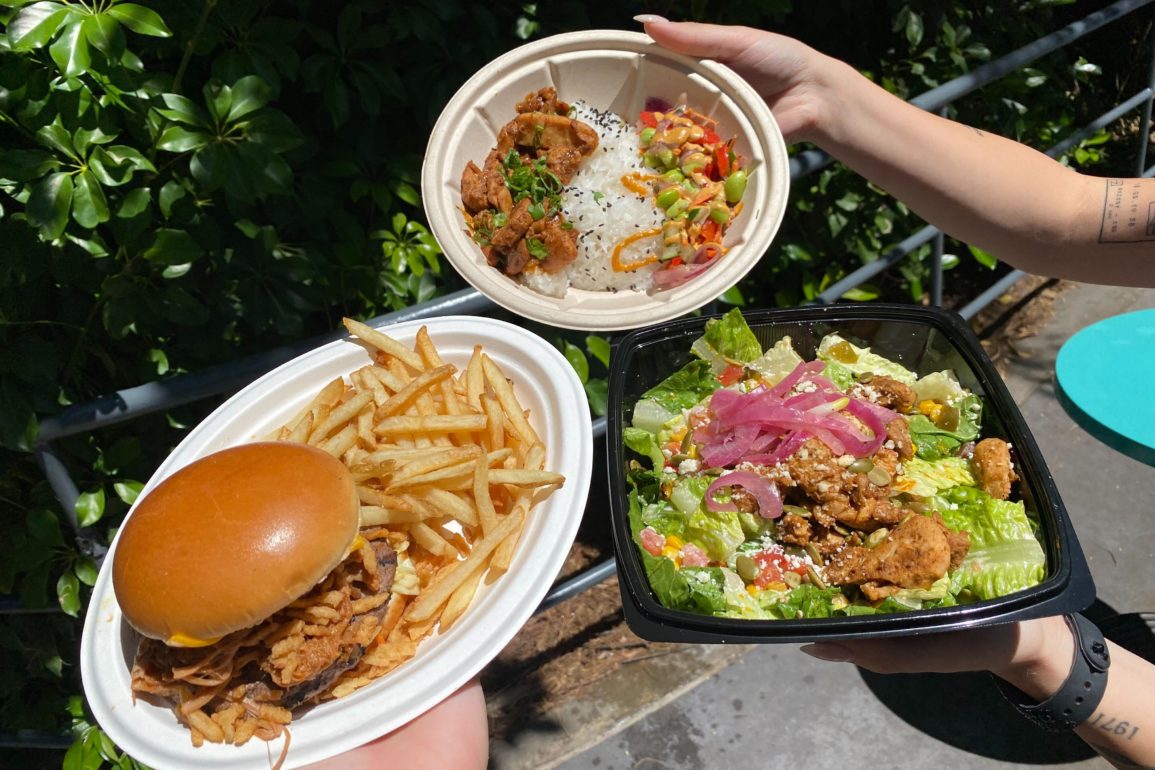 We picked up all three for lunch. Read our reviews below.

A version of the southwest salad has been served before, but this one has all-new ingredients. This has little flavor to it aside from the chicken.

The dressing has more of the consistency of just dressing rather than any jalapeño or lime.

The seeds add a little crunch. The chicken has some southwestern spices, but it has a weird texture.

This is okay, but nothing we would reach for again.

This is the best of the new options.

The vegetables tasted fresh, and the drizzle of sauce over them had a nice kick. It tastes like spicy mayonnaise.

The rice was well cooked.

The BBQ in this was subtle and hard to find.

We didn’t taste onion strings at all. The coleslaw had no flavor and barely any crunch.

The portion size of the pork on the bun was small.

This mostly tasted like a regular cheeseburger with a slight hit of BBQ sauce. For the price, you might as well get a cheeseburger and add some sauce.

The fries were cooked well but needed salt.

The teriyaki bowl was the “best” of the three, but they were all mostly flavorless. We would suggest hitting somewhere else in Disney’s Hollywood Studios for lunch, like Woody’s Lunch Box for totchos or Ronto Roasters for a Ronto wrap.