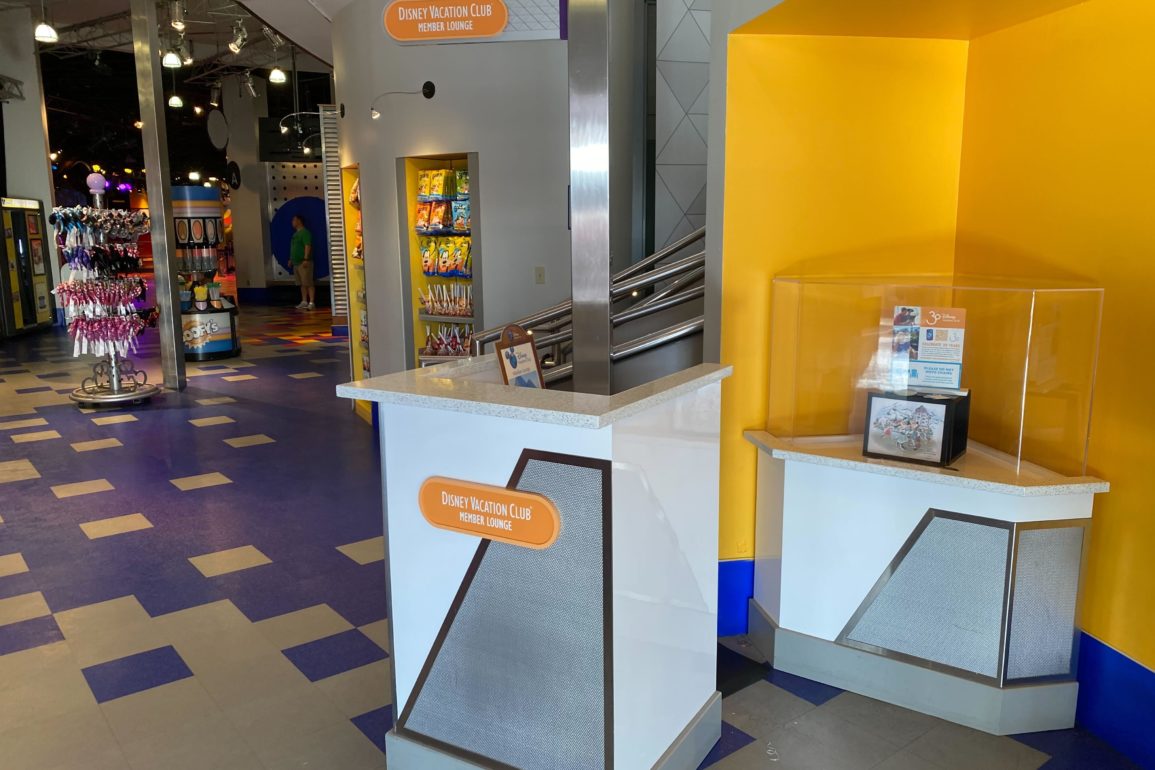 Walt Disney World is beginning to remove Plexiglass barriers from the counters at merchandise locations. Plexiglass barriers were installed back in 2020 to help prevent the spread of COVID-19. However, scientific research has since found that the barriers do not necessarily help prevent the spread of the airborne illness. Dividers were removed from attractions last summer but were still in place at many cash register locations.

So far, we’ve only noticed the Plexiglass removed from stores in EPCOT.

The divider was removed from the Disney Vacation Club Member Lounge check-in podium in the Imagination! Pavilion.

Plexiglass has been removed from the counter in Pin Traders.

A faint line can be seen where the barrier previously sat.

There is no more Plexiglass in Stein Haus at the Germany Pavilion.

At many locations, the Plexiglass was only in front of one cash register at a counter with two. In 2020, only one Cast Member would work at the counter at a time, but as capacity increased, two Cast Members would work at one counter, with only one behind the divider.

The divider is gone from Les Halles Boulangerie-Patisserie in the France Pavilion too.

Some research suggests the Plexiglass dividers actually make the spread of germs worse because people — especially children — would touch them and they were not always properly cleaned.