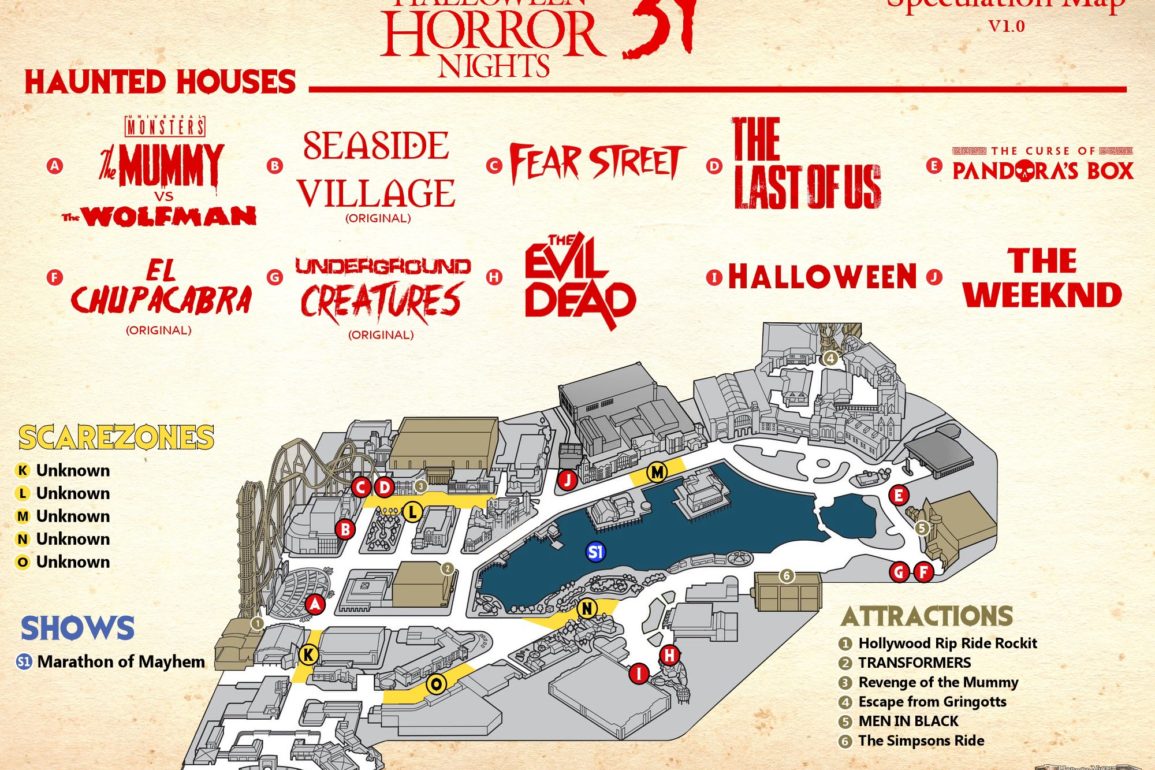 This map is based on current rumors and speculation about Halloween Horror Nights 31 and will change, but gives us a good idea of what we can expect this year.

The scarezones are currently unknown, but their likely locations are marked on the map in yellow.

The only show listed is Marathon of Mayhem, which will likely be changed to reflect this year’s event.

The haunted houses, marked on the map in red, are:

As you can see, there are three houses with original stories. The Curse of Pandora’s Box was a house at Halloween Horror Nights in Universal Studios Hollywood in 2019 and 2021. There have been multiple houses inspired by “The Evil Dead” and “Halloween” on both coasts in years past.