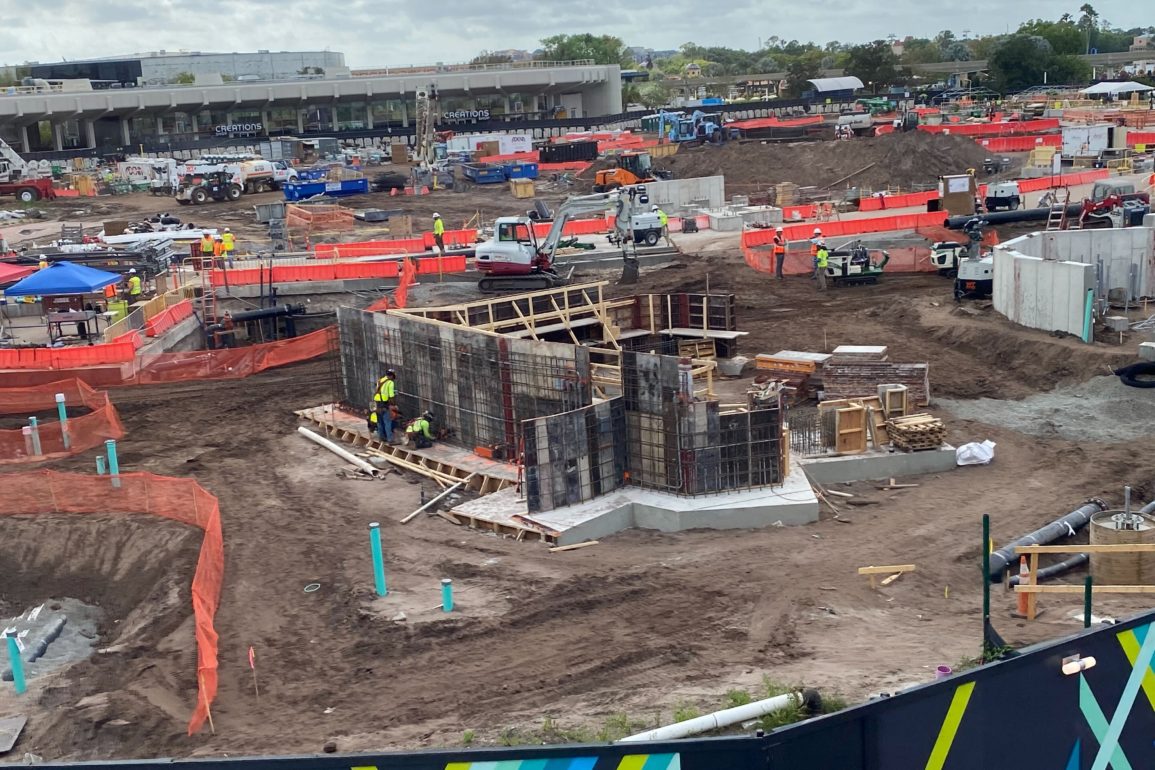 While Guardians of the Galaxy: Cosmic Rewind will be thrilling EPCOT guests soon, another attraction is still well away from opening. Journey of Water Inspired by “Moana” will be a walkthrough attraction in the park’s World Nature neighborhood. Let’s take a look at how construction has progressed since our last update.

Construction has come a long way since this area was flattened earth following the demolition of Innoventions West. There are several concrete structures of different shapes and sizes in the land.

More excavation in the area has led to a new pile of dirt sitting among these structures.

Trenches and ditches are surrounded by orange net fencing.

Several poles now stick out of the ground next to this semi-circle wall. The concrete boxes on the ground have been there for months.

The metal extension to the cube-shaped structure remains exposed, and the short wall in front of it has been painted black.

A digger sits just beyond the construction walls.

A new structure is being built at the center of the site, with the foundation having been laid in the past few weeks.

Walls made of wood and metal now stick out of the concrete foundation.

The structure has a rough circle shape.

Two crew members were working on one wall.

The attraction will have interactive water features, and pipes are visible in some of the excavated trenches.

Crew members were talking above one hole in the ground.

The first structure built for the attraction has a black stripe running along the bottom of it now.

Another large structure is almost entirely in the ground.

New wood railings are on one edge, either for worker safety or for a future extension to the walls.

Another digger sits next to this structure.

There is no announced opening date for Journey of Water Inspired by “Moana” at EPCOT.