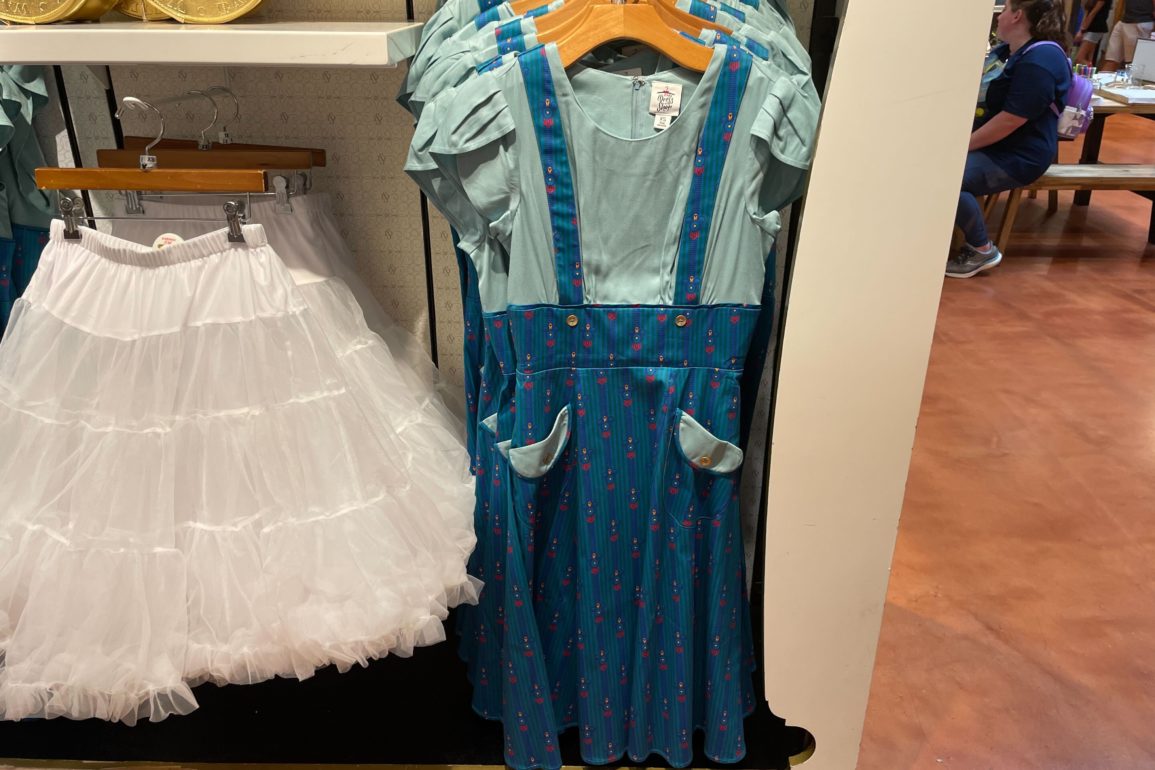 The dress resembles a skirt with suspenders over a teal blouse.

The skirt and faux suspenders are striped blue and green, with Mickey-shaped trains running down dark blue tracks.

There are brown buttons where the suspenders meet the skirt.

The dress has pockets.

Each skirt has a flap held down with a button.

The sleeves of the dress are made of ruffled, overlapping fabric.

The Walt Disney World Railroad logo is embroidered on the back.

The dress zips up.

Will you be wearing this dress? Let us know in the comments.

We happened to catch the Walt Disney World Railroad testing at Magic Kingdom earlier this morning.