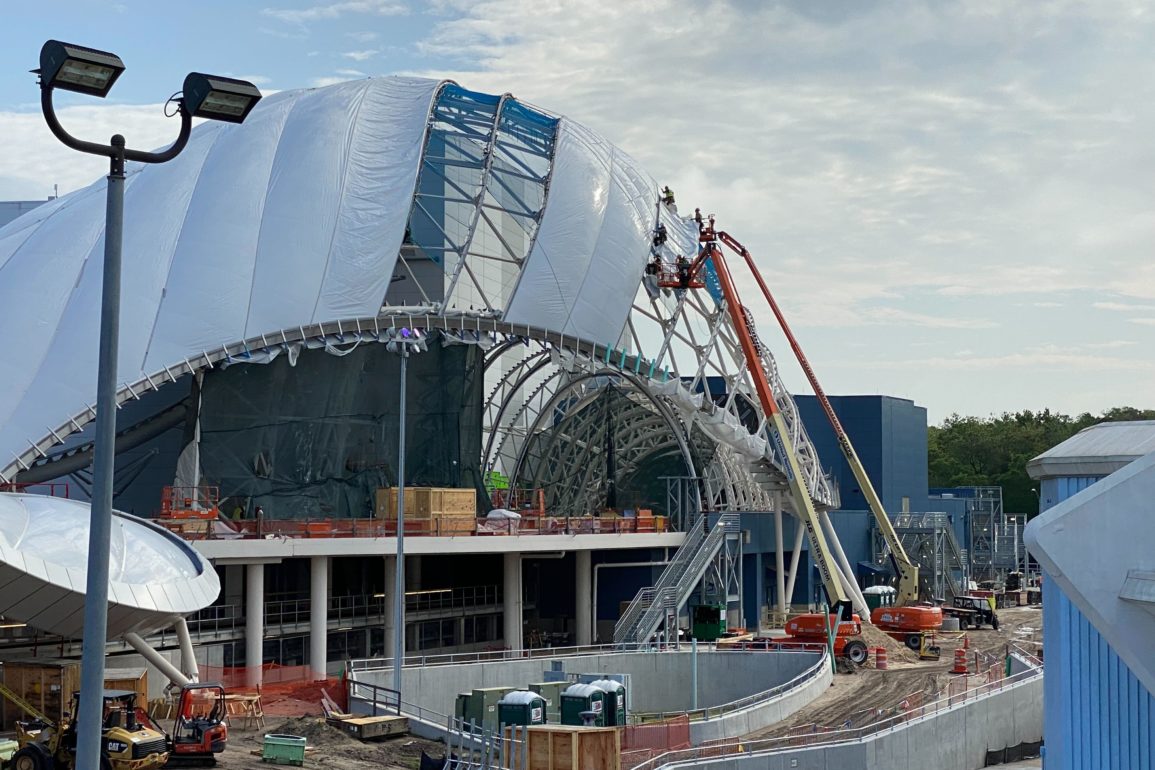 Crew members were unfurling another white canopy strip during our most recent ride on the PeopleMover.

There is space for two strips near the top of the canopy curve, and a handful more at the bottom.

Closing to Tomorrowland Speedway, crew members continue to work on a walkway that may eventually lead to Storybook Circus.

The elevated walkway leads to the coaster’s main entrance.

Permanent railings have yet to be added — right now, they are just wood planks.

On the ground, there are a few curved walls jutting out of the elevated walkway.

This second walkway, seen in concept art, leads under the first.

Another wall is being constructed right next to the fence separating the construction site from the Tomorrowland Speedway.

A short trench was dug, and a foundation of wood planks and rebar was placed.

A metal fence sticks straight up out of the foundation, and a full wood wall is at the far end.

The Walt Disney World Railroad will go through a tunnel on the other side of the elevated walkway.

An outer wall of the tunnel has been painted black.

A second, smaller canopy will create a tunnel over the walkway to the interior queue.

From Storybook Circus, we can see a layer of black sheathing has been added over some of the green sheathing on the lockers building.

White paneling is slowly being installed around the edge of the canopy.

Some of the temporary protective sheets are peeling off a row of panels.

Are you looking forward to riding TRON Lightcycle / Run at Magic Kingdom? Let us know in the comments.