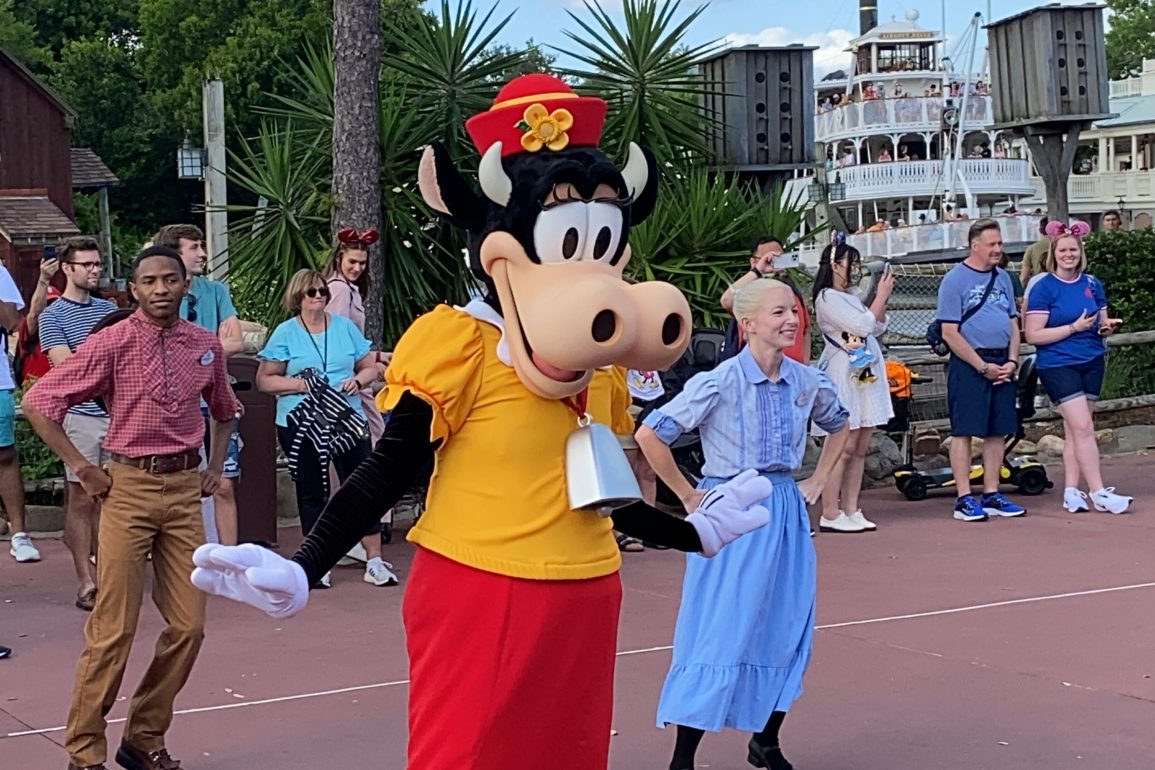 Characters have returned to the Frontierland Hoedown Happening, which happens at intervals throughout the day at Magic Kingdom.

The hoedown returned last month, but characters were missing and only Cast Members participated. Brer Bear and Brer Rabbit, who used to join the dancing, have not appeared.

The Cast Members and characters dance in the street outside Frontier Trading Post.

Clarabelle Cow appears in the hoedown.

Chip and Dale, dressed in cowboy outfits, were also in the hoedown.

The characters and Cast Members danced by themselves for a couple of songs, then invited guests to join in.

You can catch the Frontierland Hoedown Happening throughout the day (weather permitting) at Magic Kingdom. You can also watch our video below.