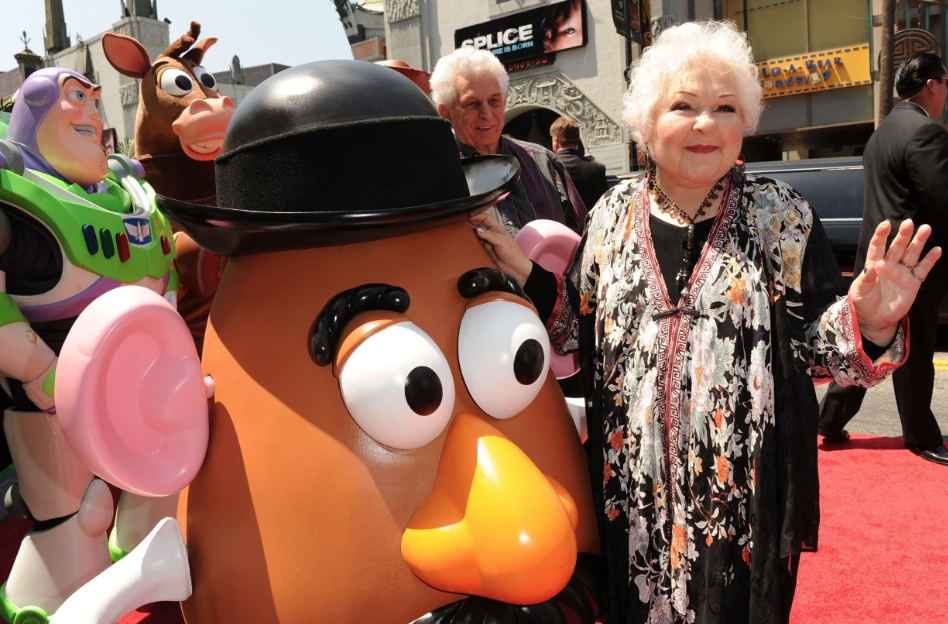 Estelle Harris, Voice of Mrs. Potato Head, Passes Away at 93

Actress, Estelle Harris, most known for playing George Costanza’s mother on “Seinfeld” and being the voice of Mrs. Potato Head in “Toy Story,” passed away yesterday at the age of 93.

Her son, Glen Harris, released a statement saying, “It is with the greatest remorse and sadness to announce that Estelle Harris has passed on today, leaving a hole in my heart too deep to describe. Her kindness, passion, sensitivity, humor, empathy and love were practically unrivaled, and she will be terribly missed by all those who knew her.”

Among her many roles, Harris was also the voice of Mama Gunda in “Tarzan II,” Old Lady Bear in “Brother Bear,” Mrs. Boogin in “Teacher’s Pet,” Timon’s mother in the “Timon & Pumbaa” television series, and more. You may also remember her as Muriel, the retired maid of The Tipton in “The Suite Life of Zack & Cody.”

Harris was born in New York City and raised in a small coal mining town in Pennsylvania.

Harris started her acting career in community theaters before rising to success on Madison Avenue.

She is survived by her three children, three grandsons, and a great grandson.

Our condolences go out to Estelle’s family, friends, and fans.