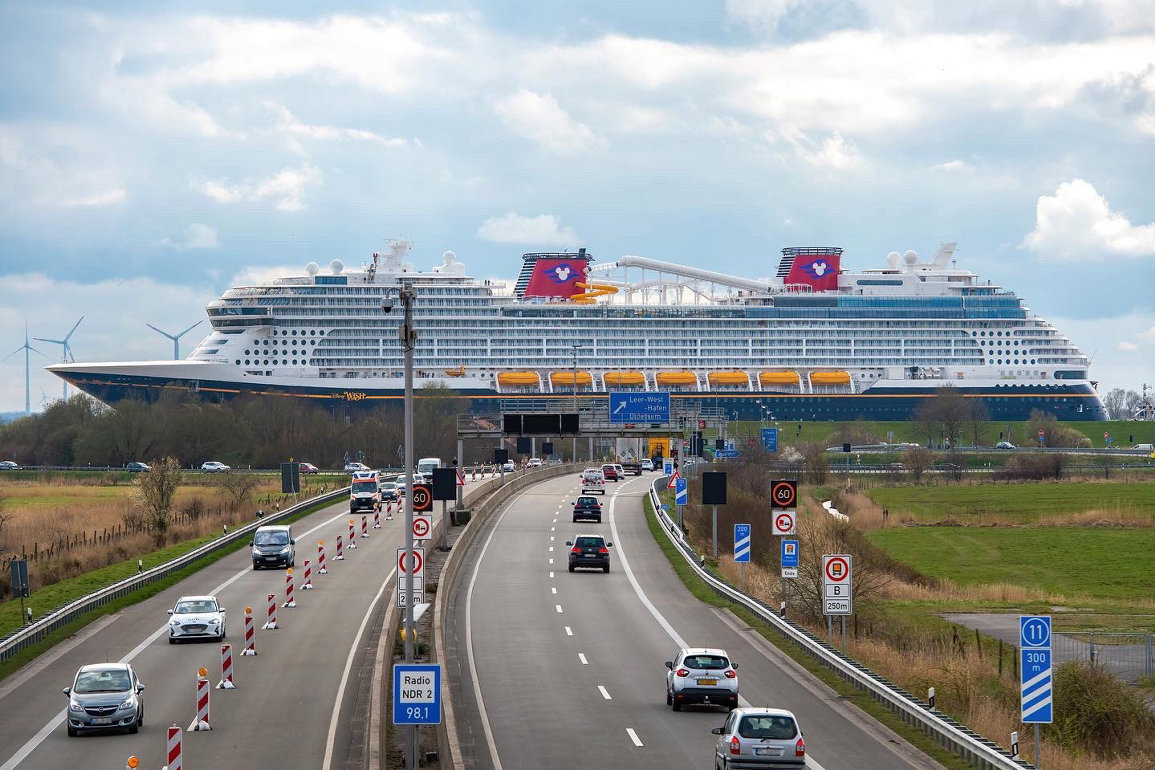 The newest addition to the Disney Cruise Line fleet, the Disney Wish, has passed its first sailing test.

Last week, the Disney Wish officially departed from the Meyer Werft shipyard in Germany after almost two years of construction.

The ship successfully sailed from Germany to Eemshaven in the Netherlands, where it will complete its final tests.

This journey is known as the Ems Conveyance, a 20-mile journey that lasts around 10 hours, full of complex maneuvers to test a new cruise ship.

The Maritime Executive reports that “The journey began on March 30 at the Meyer shipyard with passage through the Papenburg dock lock. The passage through the lock and several bridges along the river are a tight fit for the vessel, which has a 128-foot beam. The shipbuilder determined years ago that navigating vessels stern first down the river provides the best maneuverability, but makes for an unusual sight for the spectators that line parts of the river. The cruise ship is accompanied by tugs fore and aft and at one point in the journey passes over the highway which goes under the river in a tunnel.”

The maiden voyage of the Disney Wish was delayed this summer to July 14 due to the Omicron variant of COVID-19, which affected production.

The Wish is the third ship from Meyer Werft following the Dream and Fantasy. The cruise line’s first two ships, the Magic & Wonder, were made by Fincantieri in Italy.

Next
Estelle Harris, Voice of Mrs. Potato Head, Passes Away at 93