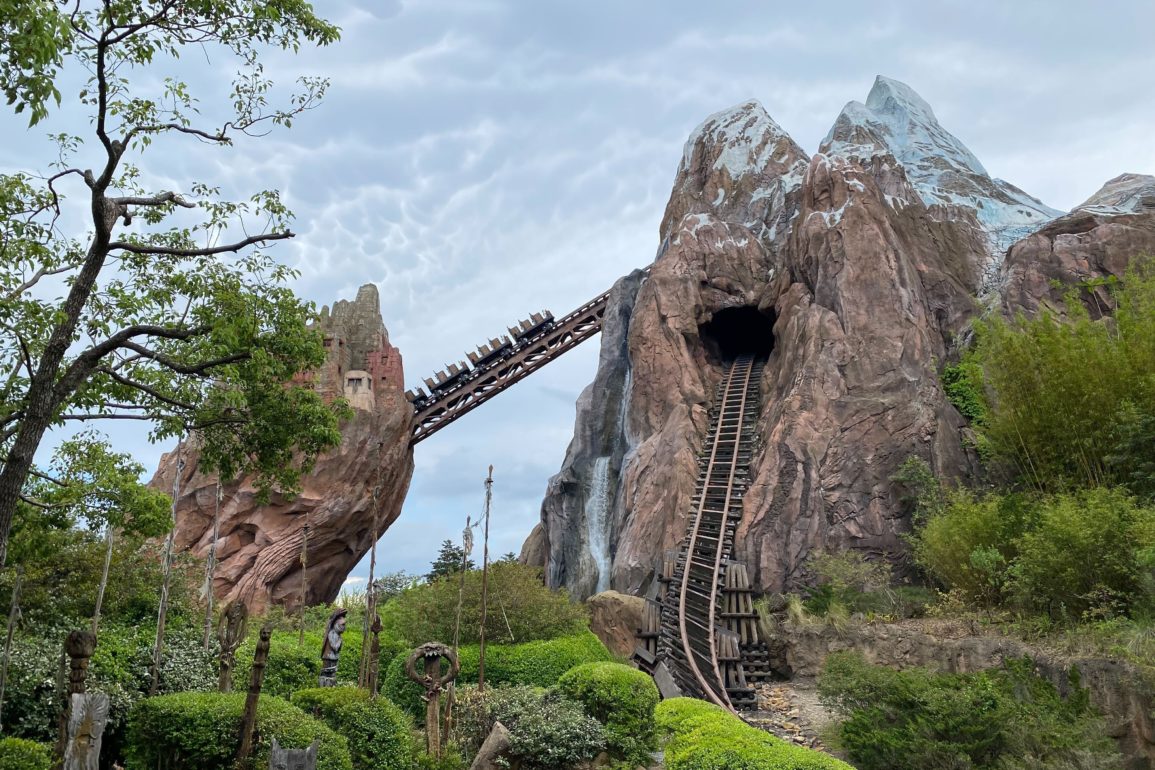 Expedition Everest has reopened a day early at Disney’s Animal Kingdom and will be available tomorrow through Disney Genie+. The attraction has been closed since early January for refurbishment.

Walls were removed from the ride’s exit area inside Serka Zong Bazaar.

The ride initially opened on the morning of April 15 for Cast Members and then soft-opened to guests in the afternoon.

As for updates to the ride, there aren’t many.

Plexiglass dividers remain in the queue and loading area.

Some poles in the queue were wrapped with scrim.

The animatronic bird at the top of the mountain is still not working, but hair ties have been cleaned out of the area.

We knew the Yeti animatronic wouldn’t be fixed, but we can confirm that she remains in B-mode with a strobe light shining on her (above is the Yeti shadow shown elsewhere in the ride).

Next
Celestial Eson Will Be Villain of Guardians of the Galaxy: Cosmic Rewind at EPCOT