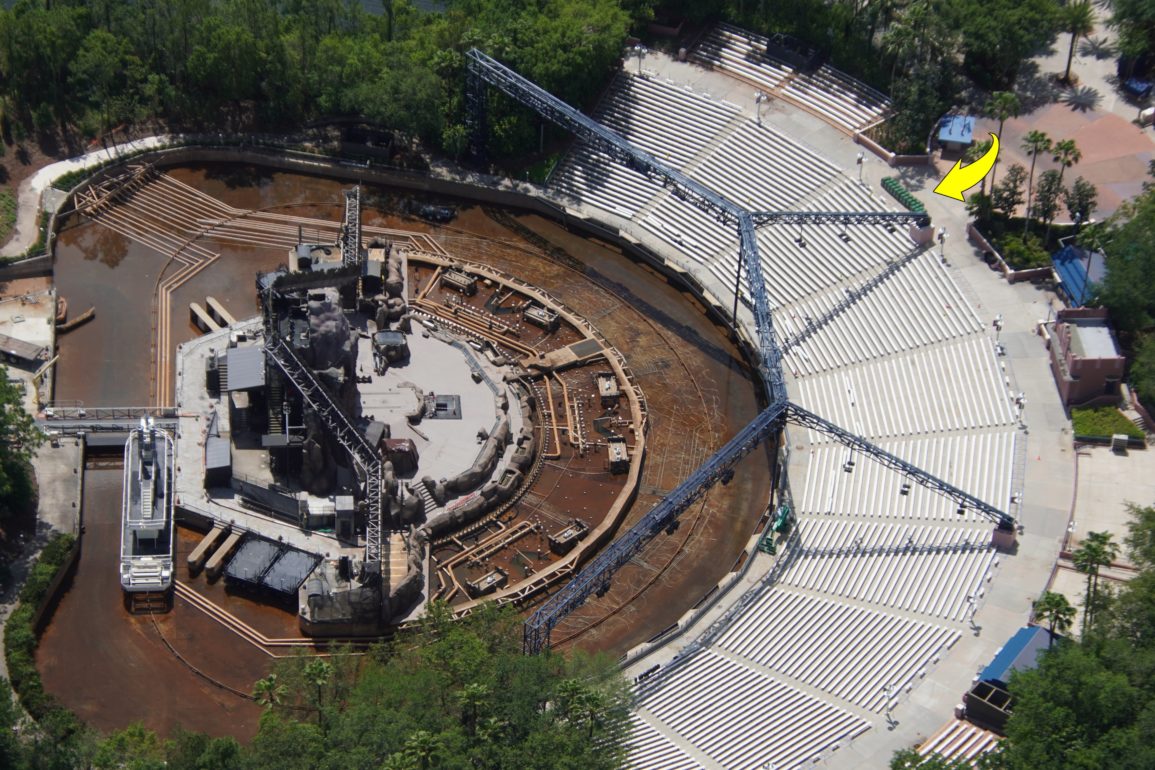 Though the “Fantasmic!” moat was refilled and Steamboat Willie refurbished earlier this year at Disney’s Hollywood Studios, the moat has been drained once again.

Twitter user bioreconstruct shared this aerial photo of the “Fantasmic!” theater. The water visible in the moat is from recent rain. Trash cans are staged in a line at the back of the stands.

Though the moat is drained again, refurbishment of the theater still seems mostly complete and the show is scheduled to return this year. It will have new “Moana,” “Aladdin,” and “Frozen” sequences.

Next
Mickey’s Toontown Sign Removed Amidst Reimagining at Disneyland