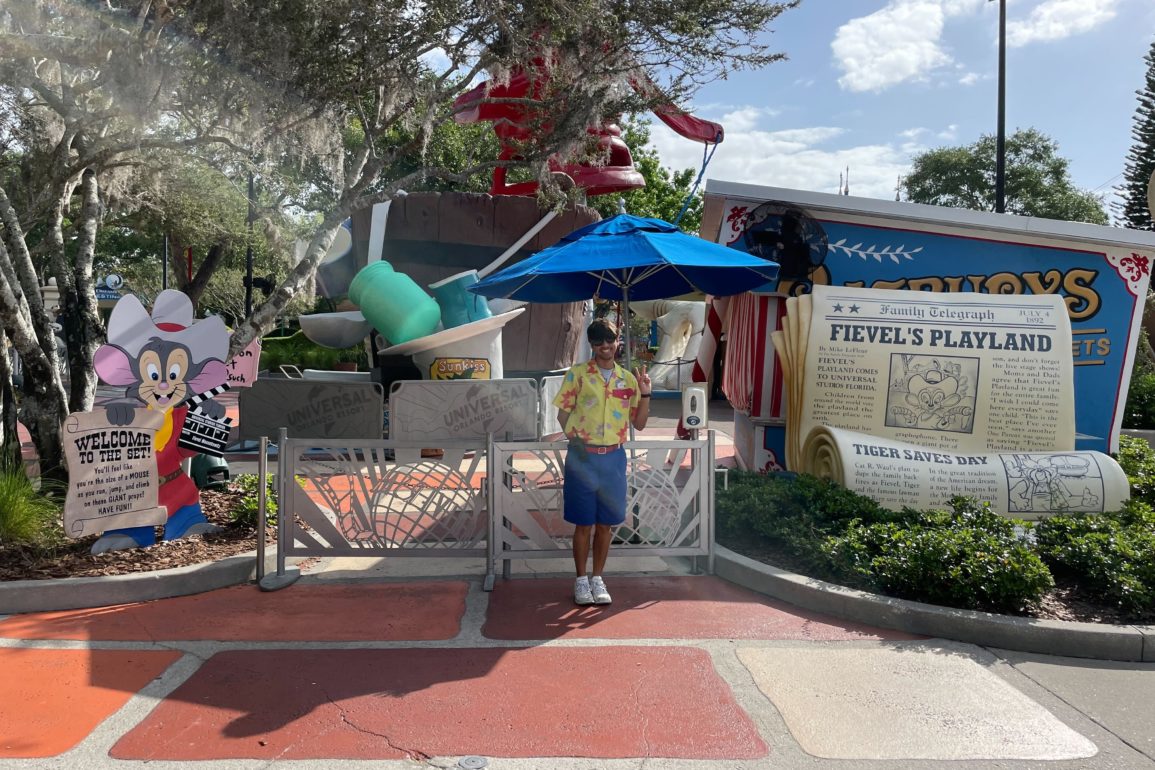 Fievel’s Playland in the KidZone area of Universal Studios Florida was unexpectedly closed today. The area has been undergoing minor refurbishments lately, but the entire area was closed off due to issues with the water slide.

There is no estimated time for reopening, unfortunately.

While looking at the exit of the water slide, it appeared that some repairs could be needed. Pieces were hanging on the side of the tube around the conveyor belt that sends the rafts back to the top of the slide.

Even though the problem appeared to be in the slide area, the entire play area was completely closed off.

We hope the area reopens soon, but as of now, there’s no estimated time for the closure. Stay tuned for updates.