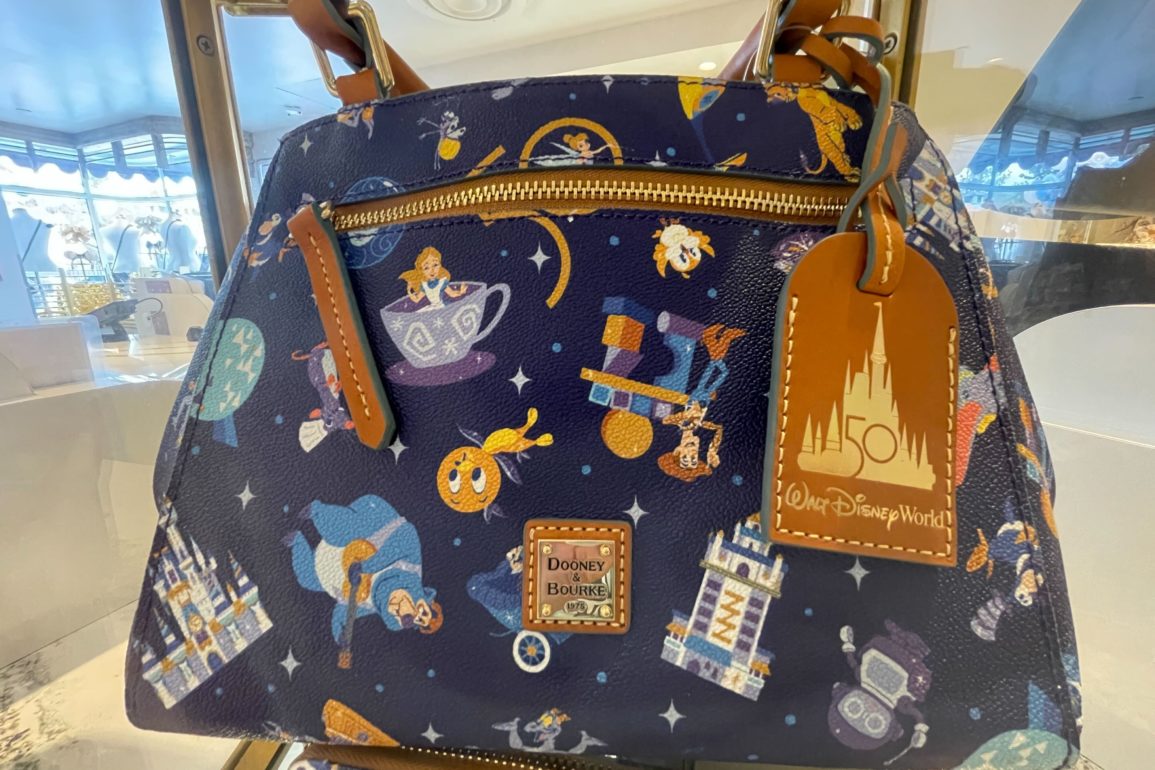 Another collection of 50th anniversary bags by Dooney & Bourke is coming to Walt Disney World on April 18.

The collection will include at least a handbag and a wallet, which were on display in the Majestic Theater at Disney’s Hollywood Studios.

The wallet and purse are both dark blue with light brown accents.

They are patterned with familiar images featured on other Walt Disney World 50th anniversary merchandise items, including Orange Bird, Alice in a teacup, Chuuby, Big Al, and The Twilight Zone Tower of Terror.

The bag snaps closed at the top.

The wallet has the same pattern, which also features Spaceship Earth, Remy, Simba, and SMRT-1 from CommuniCore.

All of the images are in the colors of the 50th anniversary: purple, dark blue, teal blue, and golden orange.

Stay tuned for full coverage of this new collection when it is released next week.