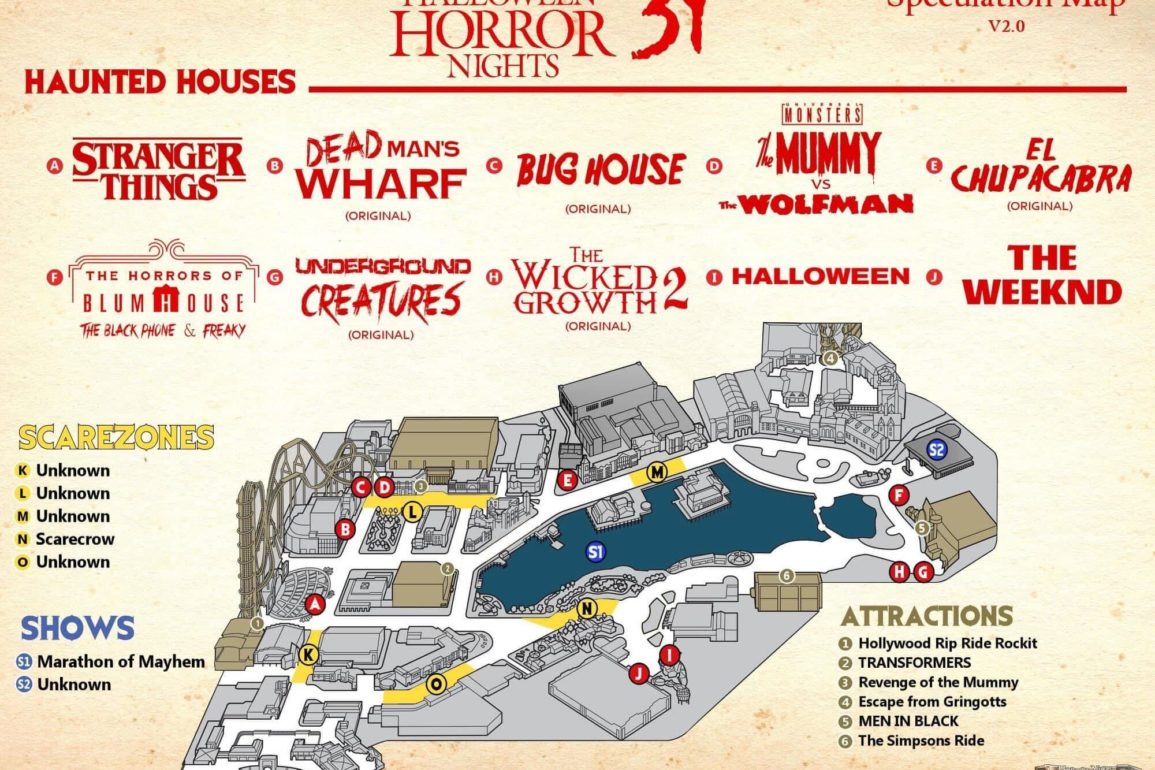 Never go alone! The latest speculation map for Halloween Horror Nights 31 has just dropped. Thanks to @HNNightmares on Twitter, we have an updated map of potential houses, scare zones, and shows. As always, these maps are only speculation and are very likely to change as we get closer to the event. You can take a look at the first speculation map for Orlando here, but let’s examine the latest changes below.

Universal Orlando Resort has confirmed 10 houses, 5 scare zones, and 2 shows for the event this year. There have already been a lot of changes to this map and there will probably be many more. The trailer for season 4 of Strangers Things debuted recently, and now it joins the list of potential houses this year while “The Last of Us” has disappeared. It’s also exciting to see The Wicked Growth 2 added to this speculation map after being our favorite house last year. What do you think of the latest potential lineup for HHN 31 at the Universal Orlando Resort?